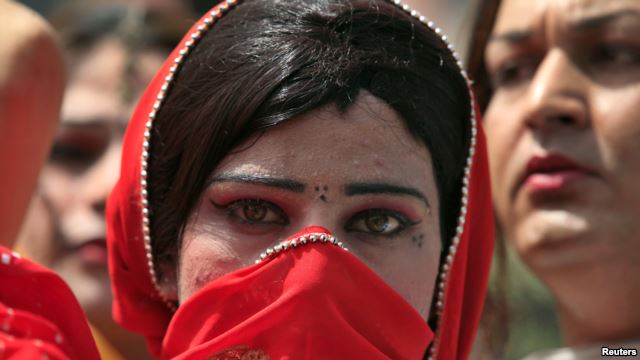 I thought I should post another international article, just as a reminder that “even though it sucks here, it could be worse…”

The status of transgender persons in fundamentalist countries varies somewhat, typically being assigned an importance between a dog and a small pile of dirt. These women in Pakistan are truly brave transgender soldiers in our global movement, living in a country where not only could they be killed at any moment by someone who took issue with them, but their crime would most likely never be investigated. And if caught, the perpetrators would likely receive a slap on the wrist.

Never mind the fact that the police are sometimes the criminals! From the article:

Zeba, a transgender rights activist in Pakistan who was born with both male and female sex organs, was resting at home in the Imamia Colony neighborhood of Peshawar when the front door was suddenly kicked open.

Local police, together with angry residents of the area, stormed inside — smashing Zeba’s belongings and shouting threats.

Forced outside into the street on that October 20 evening, Zeba saw that the same thing was happening to scores of others from Pakistan’s transgender minority who have moved to the neighborhood during the last 25 years.