Every transsexual person who is considering or has taken hormone therapy has heard of a potential side effect called deep vein thrombosis, or DVT. DVT is a condition where a blood clot forms in a deep vein within the body, very often in the legs but capable of occurring anywhere.

DVT is a dangerous and potentially life-threatening medical condition for two reasons. First, the primary clog can severely damage the tissues which are drained by the vein it clogs, leading to swelling, inflammation, and in the worst case, permanent injury and loss of the limb. Second, parts of the clot can break free from the blockage, traveling to the heart and then directly to the lungs. Once in the lungs, the clot can block the arteries which take oxygen. This condition is called a pulmonary embolism (PE), and can rapidly be fatal if untreated. If the clot travels to the arteries which supply the brain, the result can be a stroke. Sometimes the term venous thromboembolism (VTE) is used to describe DVT, PE, or DVT+PE. For reasons which are not known, blood clots in the legs are much more likely to lead to PE than clots which form elsewhere.

Among the general United States population there are about 300,000-600,000 cases of DVT+PE per year for adults over age 18. On average nearly 10-30% of DVT+PE sufferers die within the first month. More than 20% of DVT+PE cases result in sudden death. (Beckman, CDC)

The symptoms of DVT can vary from mild to dramatic. It can present as simply an inexplicably warm area on your lower leg which persists for more than an hour, and can evolve to localized swelling, redness, and pain. Sometimes this can involve the entire leg. The photographs below show examples of a moderate and severe DVT presentation, respectively. 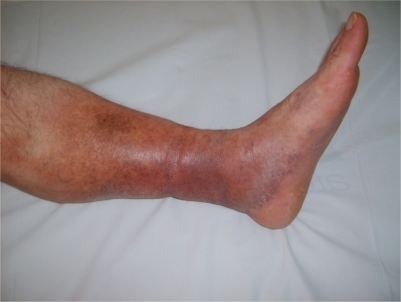 The impacts of pulmonary embolism and stroke cannot easily be seen from the outside, of course, but CT scans and MRIs can tell a chilling tale. In the photograph below we see brain imagery from a transsexual woman who suffered a devastating case of DVT, where blood clots traveled to her carotid artery and disrupted the blood supply to her brain. This is especially telling in the right-hand photograph, where you can see a large area of the forebrain on her left side which has suffered severe damage.

DVT cannot be treated on your own, although in rare cases it will resolve itself without medical treatment. You should always seek medical care immediately if you suspect you are suffering from DVT. There is no proof that high-dose aspirin therapy at home will resolve symptoms. The standard treatment is hospitalization for the administration of anticoagulants. (Beckman) In some cases surgery may be required.

Blood clots form for many reasons, but the primary causes are lack of exercise, long periods of immobility (such as long airline flights), an inherited tendency for increased blood clotting, or the influence of certain drugs – such as hormones used in transsexual hormone therapy. DVT can also form as a result of injuries, often as a result of broken bones but sometimes even a severe bruise has triggered an instance.

Race has a strong effect on DVT prevalence, with white and African American persons more likely than Hispanic persons to have DVT. People of Asian ethnicity have almost 1/5 the risk of developing DVT than average. (Beckman) Genetic males are about 18% more likely to develop DVT than genetic women. (Beckman) DVT has a moderate genetic component, so if you have blood relatives who suffered from it you can be as much as 10 times as likely to develop it. (Franco) This may be especially exacerbated in genetic men. (Glueck 2011) 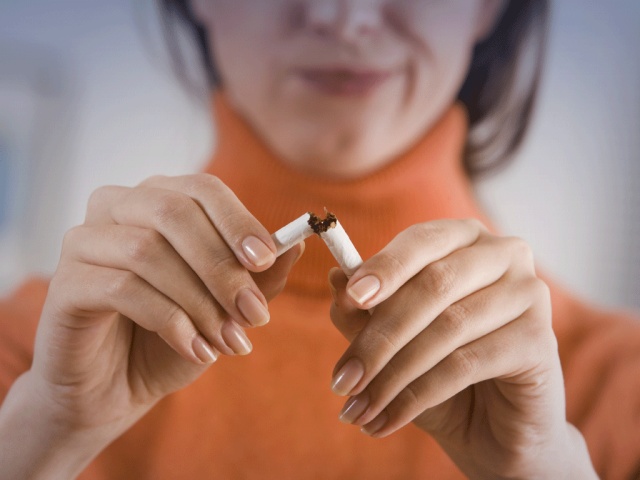 I have found no compelling research that smoking e-cigarettes is less likely to contribute to DVT formation than ordinary tobacco smoking. However, e-cigarettes do have other health advantages which should encourage a switch to them from ordinary cigarettes.

In cisgender women estradiol leads to changes in blood lipids which are often protective – such as reducing low-density lipoprotein (LDL, or “bad cholesterol”) and increasing high-density lipoprotein (HDL, or “good cholesterol”). It also can increase nitric oxide (NO) levels in the blood, which is thought to have a cardio-protective effect. Finally, estradiol can act as an antioxidant and reduce inflammation.

This is not the case for transgender women who take exogenous estradiol. Despite decades of study the effects of HT on transwomen are not entirely understood, and any potential cardio-protective effect is unlikely. A study of 38 transwomen, 25 of which were receiving estradiol, found there was not a statistically significant change in LDL or HDL levels, nor triglycerides. However, antioxidants and NO were significantly increased for those on estradiol. (Wilson 2006) A small study of 23 transwomen taking oral estrogen with 7 transwomen using a transdermal patch found that for the oral estrogen users their “bad” cholesterol and triglycerides increased significantly, while the level of “good” cholesterol decreased significantly. Those on transdermal estrogen experienced significant increases in their triglycerides, but no other blood lipids were affected. While no DVT was reported in the study, the authors did suggest that the action of the liver upon oral estrogens may be the root cause for creating small increases in inflammatory blood markers. (Wilson 2009)

As a result, many researchers in the field of transsexual medicine recommend transdermal estrogen instead of oral estrogen, or the use of17-β estradiol orally. (see Asscheman 2011, and various) 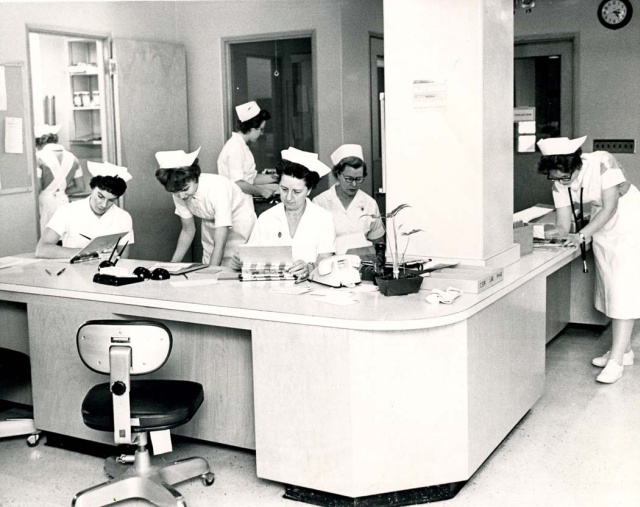 DVT was once a dread condition which was a serious contraindication for hormone therapy (HT). The earliest studies on the relationship between HT and DVT estimated that transsexuals were more than 50 times as likely as the general population to develop the condition. (Moore)

A study of transsexuals who sought treatment at a Netherlands clinic from 1975-1994 followed the health and welfare of a total of 1,433 patients, of which 816 transwomen and 293 transmen received hormone therapy for at least 2 months. This study found disturbingly high risks of DVT among the 816 transwomen, who were followed for a total of 7,734 patient-years of treatment. Before 1989 the transwomen were primarily treated with ethinyl estradiol, and after that date patients older than 40 years were advised to take transdermal estradiol. Looking at the group as a whole, transwomen were 20 times more likely to suffer from DVT than the general population. Most of the cases (36 of the 45) occurred in the first year of estradiol treatment. Only one DVT case occurred with transdermal estradiol. Of the 293 transmen who were followed over 2,418 patient-years of treatment, only one person suffered from DVT, and that occurred after an operation. (Kesteren)

Prior to the 2000’s DVT was a serious risk for transsexual women. Transsexual men were not significantly affected by DVT. 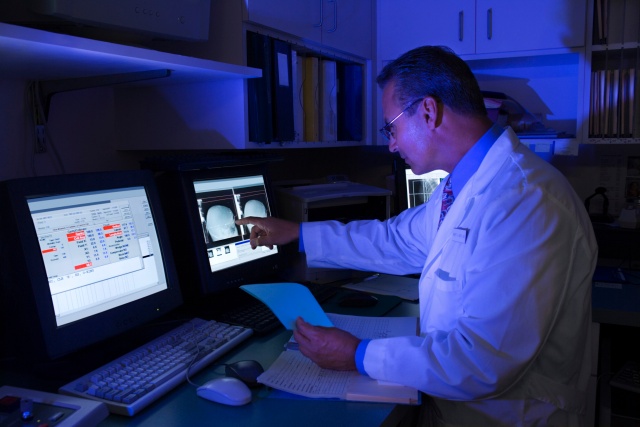 Transsexual health, both mental and physical, has undergone radical changes since the era of Christine Jorgensen. By the middle of the 2000’s the risk factor for developing DVT as a result of HT was assumed to be about 20-times that of the general population, with an expectation that 2-6% of transwomen would develop it over their lifetime. (Mullins) As we can see from the studies below, the risk of DVT has plummeted among transsexuals who take HT. 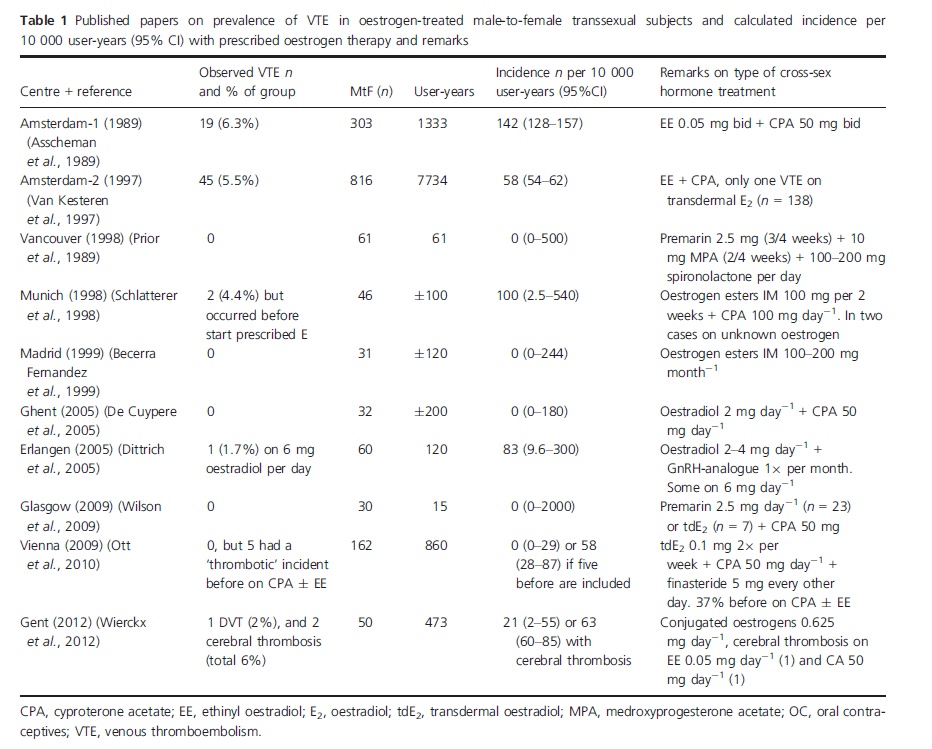 (From Asscheman – profiles of studies which were reviewed)

When recent studies are examined, the risk of DVT is much lower than the historical risk. All studies which were reviewed agree that smoking while on HT greatly increases the risk of DVT. One complicating factor is that the age at which transsexuals have started HT has been declining over recent years. Younger persons are generally much more resistant to developing DVT, and so it’s possible that this has slightly skewed the results showing a decreasing prevalence of DVT over time. 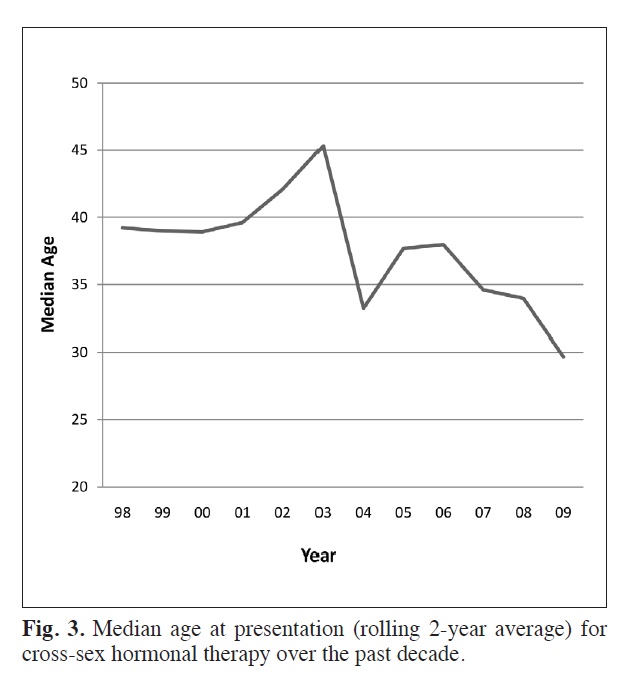 DVT is an uncommon side effect of hormone treatment in transmen. In the Ott study (see above) transmen were found to develop DVT, but at a rate lower than that of transwomen. In the Leinung study (see above) none of the 50 transmen who were studied developed DVT. In fact, one 2003 study found that testosterone acted as an anti-clotting agent, providing some protection against DVT. (Toorians) One study of cisgender men found that testosterone therapy encouraged blood clots from both patch and intramuscular delivery, although in that study an inherited tendency was thought to be behind the occurrences. (Glueck 2011) In some cases testosterone from HT can also be aromatized (transformed) into estrogens, which can then lead to DVT. (Glueck 2013)

How Can I Prevent DVT?

Unfortunately there are not many things which one can do to reduce the risk of or prevent DVT. Reducing the risk of DVT is largely a function of healthier living, combined with proper hormone type and use. If you smoke or use tobacco of any kind, stop. Leg exercise generally greatly reduces the risk of leg DVT, but it’s not a cure-all. As reported above, transdermal estradiol or using only 17-β estradiol orally seem to have greatly reduced the risk of developing DVT. Aspirin therapy is often recommended for transsexuals over the age of 40 who undergo HT, but this can be contraindicated in those who are at risk for or have a history of stomach bleeding. 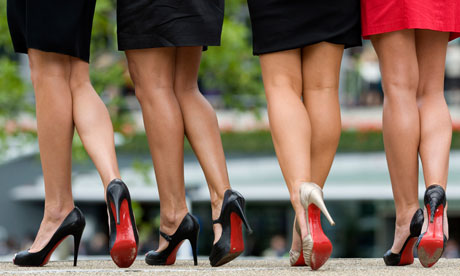 What About High-Heeled Shoes?

There is much “common sense” wisdom on the internet which claims that it’s “proven that wearing high-heeled shoes can cause DVT.” However, I performed numerous searches in medical databases and was unable to find compelling proof that high heel use had any impact on the propensity for DVT development. It is proven that high heels can be rougher on your feet and legs in general than flats or athletic shoes, and it’s also true that wearing high heels leads to a lack of mobility and exercise while wearing them. But other than those coincidental factors, there is no solid proof that high heel use contributes to DVT.

Wilson, R. et al. “The Effect Of Oestrogen On Cytokine And Antioxidant Levels In Male To Female Transsexual Patients” Maturitas 55 (2006): 14–18.

1 thought on “Deep Vein Thrombosis and Hormone Use”