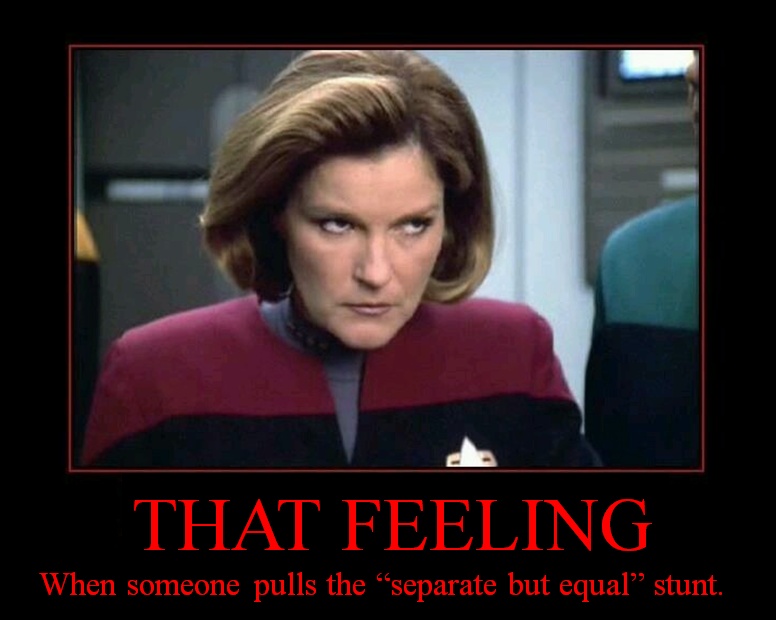 Re: Your conflation of transgender rights with enabling sexual predators

To whom it may concern:

Upon hearing of your sudden change in policy to prohibit transgender members of your organization from using the locker rooms and showers congruent with their gender identity, I was at first just disappointed. As a transgender woman and political activist, I’m somewhat used to ignorance, prejudice, and fear walking hand-in-hand to marginalize my people and deny us dignity and rights. But upon reading that your spokeswoman Michelle LaRue said “The concern was that a non-transgender individual might pose as a transgender to gain access to our locker rooms and expose themselves to children and cause harm to children,” I became both disappointed AND cross.

Your managers report that you are responding to a “flood of phone calls, e-mails, and social media posting by members who are concerned about or opposed to allowing transgender people in transition to use public locker rooms.” However, at the same time you admit that your entire reaction is “It is fear-based. We’ve not had any complaints filed about inappropriate use of our locker rooms from transgender members.”

I must say, you certainly have a shiny pair of brass ones, don’t you?

Admitting on one hand that there are no actual problems, and you’re only reacting out of an irrational fear expressed by what appears to be a well-organized social media manipulation campaign – and yet, cracking down on the rights of transgender members anyhow, is just sad.

And somehow you feel it’s acceptable to do this, even under the extant Washington State Law Against Discrimination (RCW 49.60, q.v.) banning discrimination based on sexual orientation and gender identity in employment, housing and public accommodations. You need to understand that segregating innocent transgender people at your facilities is no different than other ethnic and racial fear-based segregation which is part of this nation’s civil rights history.

Furthermore, your excuse for doing this attempts to “weaponize” transgender persons as the proverbial Trojan Horse which will allow child sexual predators to somehow have unfettered access to your locker rooms and bathrooms. You seem to be completely unaware that nothing whatsoever stops a child sexual predator from – wait for it – ignoring your rules and trying to gain entrance anyhow? The fact that you feel discrimination against transgender persons will somehow magically create a barrier against real sexual predators is both silly and ignorant.

And destructive to the self-esteem and dignity of your transgender members and the transgender community in general.

Please take some time to consider just how discriminatory your actions are, and consider that being on the wrong side of history is not a place most would wish to have for their life legacy.

Sources: YMCA Backtracks on Policy About Transgender Locker Room Use