Are There Any Cases Where an Advantage Seems Possible? 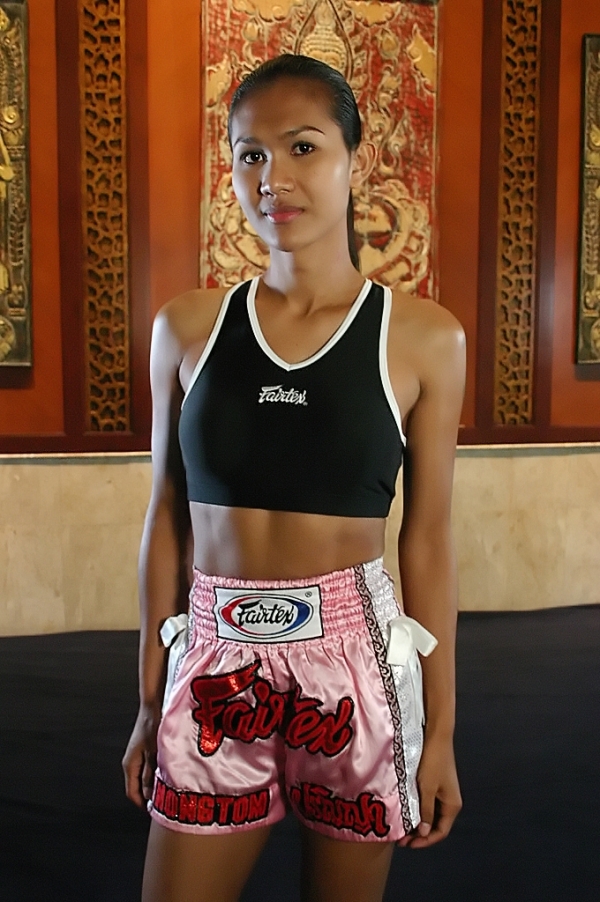 It’s almost like a Disney story for this modern world: a shy and gentle boy from a village in Thailand, desperate to earn money for sex reassignment surgery, takes up kickboxing to raise money. Thus is the start of the career of Parinya “Nong Toom” Charoenphol. Introduced to the sport at age 12, she entered a kickboxing camp and won 20 out of 22 matches, becoming nationally famous. Meanwhile, she had secretly been training in makeup, dress, and comportment to transition to female, and competed openly as a Thai kathoey, which roughly translates as “lady boy.” (Hodgkinson) Her presence in the sport was not only welcomed, but it helped to draw media attention and spectators to a sport which had been dwindling in popularity for some time. Her first career lasted barely more than a year, when she took a break to try singing. She underwent SRS in 1999, and continued to live as a retired kickboxer.

However, in 2006 she began a return to the sport, fighting and winning an exhibition match against a man (Japan’s Kenshiro Lookchaomaekhemthong). She fought one more notable match against a woman, in Sweden, and in 2010 returned to retirement to teach kickboxing and aerobics to children.

What many critics of Charoenphol’s fail to note is that the vast majority of her victories were against men, fighting as a kathoey. No serious claim of gender inequity can be advanced here, although she is often mentioned in context with athletes such as Richards, Bagger, Dumaresq, and Fox. Therefore, criticism of her is both silly and ignorant. 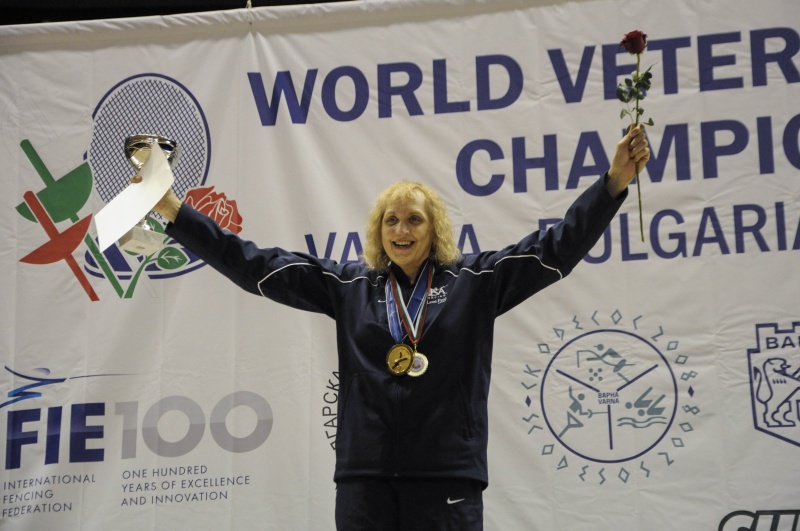 Elizabeth Kocab takes the medal for the world over-60 women’s epee.

In 2010 a 58-year old woman fencer no one had ever heard of before suddenly started accumulating medals in women’s veteran’s epee tournaments across the United State. (Zamoyta) It was soon revealed that the fencer, one Elizabeth Kocab, was originally born male and fencing as Greg Kocab. This started an enormous controversy in women’s fencing, with many complaining that Kocab had the advantage of a larger and more powerful physique, and others noting that having been male for most of her life, Kocab had had many more opportunities to fence, as women’s epee competitions were uncommon until the 1990’s. (Zamoyta)

Kocab’s success has been extraordinary, winning Gold in 2010 at the North American Cup (veteran’s, 50-59), numerous gold medals in 2011 and 2012, and taking the world gold medal for veteran women in 2011, the bronze in 2012, and gold again in 2013. (Jomantas, USA Fencing stats website) She certainly rose to a level in the sport which far eluded her in men’s fencing, and extensive time spent reading fencing message boards and blogs reveals a large amount of discontent over her presence in the sport. This seems to be more the case in Europe than the United States – for example, Croatia lodged complaints against her in 2011, and the British fencing magazine The Sword pronounced her presence “controversial” in its coverage of the 2012 World Championships. (BVF, Worsfold) Anecdotal reports from fencers claiming to have been at her competitions tell of verbal harassment, boos, and signs held up every time she took to the piste.

Does she have an advantage? It’s difficult to say – her height could be the primary factor, as she is 6 feet tall, and speaking as an epee fencer myself, height does matter in that sport. In addition, there are not so many women veterans in the world in the 50-59 age range, so it could be a factor of small subgroup to compare with. We can balance out any physical advantage with the psychological disadvantage from a hostile crowd, but maybe – when you fence, you tend not to be too aware of anyone but your opponent. All that having been said, it is nonetheless clear that Kocab’s success is unusual.

In 2012 a controversy arose when ESPN announcers Steve Czaban and Andy Pollin used transphobic comments towards Mission Community College women’s basketball player Gabrielle Ludwig. After calling her “it” and making nasty comments about her personal appearance, the two announcers were temporarily benched – however, the baseline controversy remained. Ludwig, age 50 at the time, was born Robert Ludwig and originally played basketball for Nassau Community College. After a gender transition and surgery in 2012, Ludwig, who was then attending Mission College, filed for and was awarded a female birth certificate. She subsequently joined the women’s basketball team, and the fireworks began. (Opelka)

The primary complaint against Gabrielle is her height (at 6 feet 6 inches, she towers over the other basketball players), with the fact that she was born male coming in a close second. (Opelka) Ludwig’s team has rallied around her, rejecting her offer to step down and remaining unified in their support, threatening to refuse to take the court if she quit. (Opelka) What’s more, very few negative comments have been aired by the players on the teams Mission College plays against. The commissioner of the conference Ludwig plays in stated the following:

“She just happens to be a bit taller than everyone else,” he said. “What if she was born a female and six-feet five[sic]-inches? She’s a little older than other community college players, so that’s probably to her disadvantage.” (Opelka)

How much does size matter in basketball?

Nonetheless, at her first event at home court, she was protected by two police guards due to numerous online threats and phone calls. The crowds, however, have been polite and initial fears unwarranted. (Opelka)

So did Ludwig have an advantage? Her initial performance was less than dominating, scoring 3 points on 4 free-throws in her first game, and 8 points in her second. Moreover, Ludwig was on full hormone treatment for 5 years before her first game, so it’s inarguable that estrogen and lack of testosterone had altered her body tremendously. (Opelka) Other transwomen have played on girls’ basketball teams, such as a player at Cosumnes River College, and Kye Allums at George Washington University, without nearly the controversy. (Hunt, Opelka) In this case, it’s all smoke, and no fire. 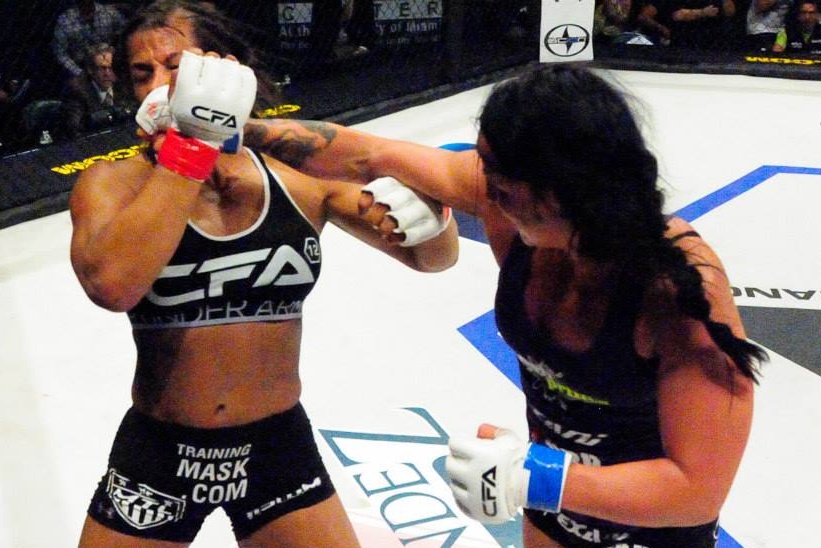 Not since Renee Richards has a transgender athlete created the controversy which Fallon Fox has. Born Boyd Burton, Fox originally believed she was merely gay before discovering she was transgender. Pressure from her family led her to live as a man for most of her life, including marrying and fathering children, as well as enlisting in the Navy. In 2006 Fox underwent SRS in Thailand, and took up mixed martial arts (MMA) fighting. (Hunt) Her first MMA fight was in 2011, and she won her first two professional matches. Just before her third match was scheduled, she came out to the public as a post-op transwoman during an interview on 5 March, 2013. (Hunt)

A firestorm of controversy erupted over Fox’s declaration, which spread far beyond the small world of MMA fighting. Sports commentators and fellow fighters pulled no punches in criticizing and even denigrating her, with typical rants peppered with misgendering and slurs. MMA fighter Matt Mitrione referred to her as a “lying, sick, sociopathic, disgusting freak.” Other fighters used their limited knowledge of anatomy to make pseudoscience declarations – such as UFC women’s bantamweight champion Ronda Rousey, who stated Fox had an unfair advantage due to having “the same bone structure a man has.”

After her coming out, Fox fought two more heavily publicized and criticized matches, winning one and losing one. Her second match was highly one-sided, with her opponent, Ashlee Evans-Smith, dominating it from start to finish. 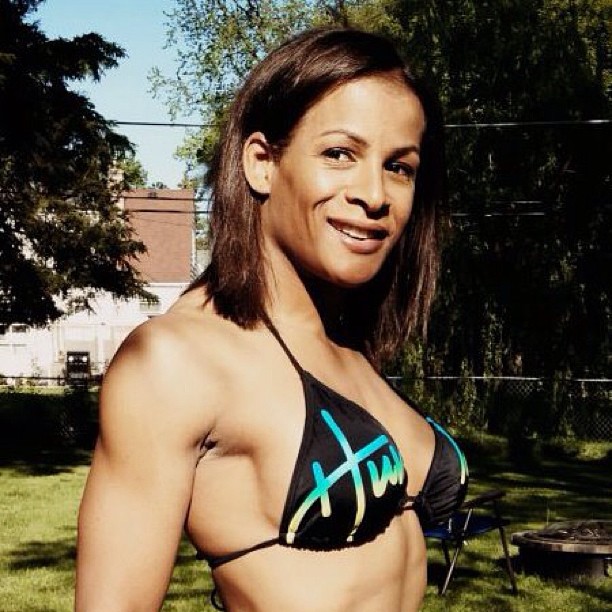 So where is Fox’s alleged advantage? Fox’s professional record stands at 3-1 as of the publication of this article. According to a review of the top-ranked female fighters in the sport, as of the writing of this article Fox does not even place in the top 10 in her weight class. Fox’s last opponent, Evans-Smith, is ranked 8th. The leader in the sport, Cristiane “Cyborg” Justino has a record of 12-1-0, which dwarfs Fox’s 3-1. (MMARising.com) Furthermore Ronda Rousey, who was so concerned about Fox’s bone structure, failed to look up the basic fact that African-American contestants will be more likely to have a greater bone mineral content and density than other races. (Hui) We await Rousey’s statement that MMA should be a “white’s only” sport, if she wants to be fair and balanced. Fox for her part claims that she has difficulty keeping up with her female sparring partner, and has to make up for it by technique. Fox was on hormone therapy 5 years before her first MMA match, and remains on hormone therapy. She claims her testosterone level is “about 7”[ng/dl], which places her below even the female average levels. Examining photographs of Fox and her opponents shows equal muscle development, in fact her second opponent, Ericka Newsome, looks to my untrained eye to be significantly more developed than Fox.

This appears to be even more a case of all smoke and no fire, possibly exaggerated by the ultra “macho” image the sport tries to maintain.

Part 1 – Introduction and Early History
Part 2 – The Cruelest Test
Part 3 – Post-Richards to the Stockholm Consensus
Part 4 – Current Events
Part 5 – Let’s Get Physical
Part 6 – Why, oh Why, Must it be This Way?
Part 7 – Are There Any Cases Where an Advantage Seems Possible? (Current page)
Part 8 – Final Summary and References