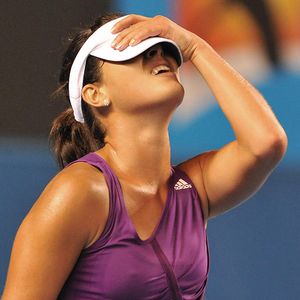 Why do some focus so much on genitals and natural hormones, and not other genetic advantages? Basketball is clearly over-represented by men over 7 feet tall – should we have a rule which handicaps players based on their height? What about Michael Phelps and Usain Bolt – just looking at their bodies is all the evidence needed that they have a genetic physical advantage. Yet has anyone filed a protest over the length of Phelps’ arms?

The number of intersex women who have competed at the highest levels is still very rare. Between 1972 and 1990, 1 out of 504 female athletes tested at international competitions was found to be intersex. In no case was a male found trying to compete as a woman. During the Barcelona games of 1992, fifteen women were found to be intersex. (Ritchie) Eight intersex athletes were discovered at the 1996 Atlanta Olympics alone, although all were allowed to compete. (Adair, Buzuvis) Seven of the eight had CAIS, and one had 5-alpha-reductase deficiency. (Ritchie)

So how often have men successfully passed as women at major sporting events at the highest levels? Vanishingly often. There is only a single case in the Olympics of a man deliberately and knowingly masquerading as a woman in competition. In 1936 German high-jumper Hermann Ratjen took fourth place as “Dora” in his event, despite all of his natural genetic advantages. He confessed in 1957 that he had been forced by the Nazis to bind his genitals and compete. (Cavanagh, Sullivan) However, other researchers claim that Ratjen was actually an intersex athlete who kept their secret out of embarrassment, until an ID-card challenge at a train station led to their being forcibly examined by a physician and classified male. (Heggie) The truth is unknown at this juncture. 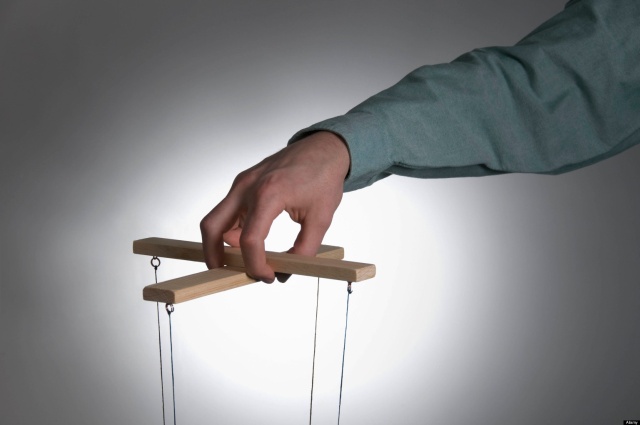 A frequent argument in debates where transgender athletes are being questioned is the positing of the so-called “Svengali Scenario.” An example of this scenario from an actual online debate follows:

“We all know how players will shoot up all kinds of drugs and chemicals to enhance performance. And we know getting to the top means they get millions in endorsements and winnings. So what’s to stop some rich billionaire or rogue country from finding a bunch of men who are desperate for money, and having them fake being transsexual just so they can steal gold medals from REAL women? Don’t think the Soviets didn’t do it in the day!”

The initial reaction of transgender advocates is that it’s a ridiculous notion, and too stupid to even bother addressing. But it is at least possible – doctor-shopping is done even now in the transgender community, and it is patently true that some tiny percentage of operative transgender folks enter SRS without being ready for the change, or being fully transgendered in the first place.

However, the scenario, although possible, is highly improbable for several reasons:

In short, the entire scenario is theoretically possible (perhaps better to say “theatrically possible”), but that should never be mistaken for being probable. Not only is it so unlikely that an XY man would go through this effort, regardless of the reward, but that that they could dominate a sport enough to make it worthwhile – and not be detected as a fraud by numerous sporting organizations which are highly motivated towards fraud detection – is ludicrous.

That having been said, it’s entirely possible men and women could compete much more evenly if more sports went on a weight and size class, similar to boxing and wrestling. This actually makes sense, especially if you consider boxing as an example – to quote from Adair, “One would never think of comparing Sugar Ray Leonard to Muhammad Ali. One weighed sixty pounds more than the other…Yet the top female tennis player is often compared to the top male tennis player, (‘Yeah but, she could never beat him”) who usually outweighs her by sixty pounds.” 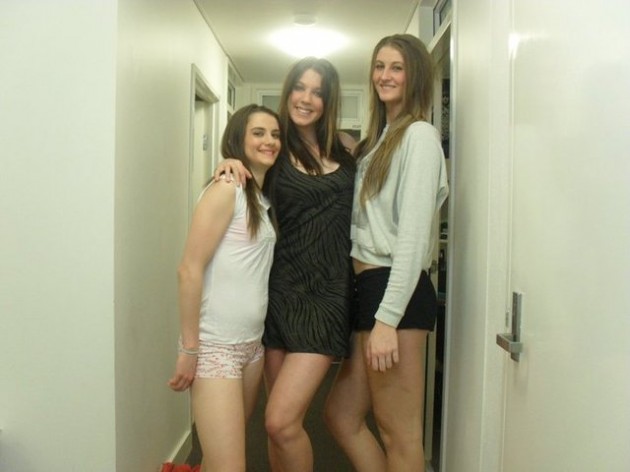 Significant height and body mass differences exist even within the population of cisgender women.

The downside of creating divisions by weight or size would be the creation of an innumerable array of different competitions and medal categories, and whether for good or bad would profoundly change sports as we know it. Can you imagine a 2020 Summer Olympic games where medals are awarded for “featherweight pole vault,” “petites 800 meters,” and “super-heavyweight curling?”

Speaking on the subject of the advantage of transsexual women soon after Renee Richards’ court victory, popular sports writer Dick Young opined that “fair and equitable competition” in women’s tennis was dead and gone.

“Is it fair that [Richards’ potential female competitors] be asked to compete against a 6-foot-2, 142-pound altered male? Is this what we recognize as the goal for balanced participation in sports?”

However, another sports writer, Dave Kindred, rebutted Young by arguing that the whole point of sports competition was “unfair advantage.” Meaning that:

“…the nature of athletic competition is the exploiting of advantages, i.e., what propels one opponent past another, why there must be a winner and a loser. … To reduce sport to a single level of competence is to rob it of life.” (Pilgrim)

Take swimming for example – did Michael Phelps have a decided unfair advantage because of his genetics? His size and arm reach and strength and ability to store and release such huge amounts of metabolic energy during swimming? Do the incredibly tiny Chinese acrobatic teams have an unfair advantage because of their genetics? Is the fact that professional basketball is disproportionately dominated by African-American athletes a sign of an unfair advantage? And recall, it was not too many decades ago that people protested against including African-American athletes in professional basketball. At the highest ranks of sports the top athletes can almost be considered a separate class of individual. Said one grizzled old fencing coach to me:

“…you never had a chance at getting on the world stage even if you did start at [age]5. Top fencers are freaks of nature – they have bodies and minds that just aren’t like the rest of humanity. It’s one reason why [in his opinion] they don’t make good fencing coaches. So much of their ability is innate and due to their genetics that made their bodies, and you can’t teach that.”

Are these genetic advantages within subgroups just conveniently ignored until it becomes a political hot-button issue involving an unpopular minority – transgender persons? What’s the solution, create a Harrison Bergeron-type scenario where all athletes must be as equal as possible? When it comes down to it, determining who belongs fairly within a group of competitors comes down to some arbitrary boundary conditions. The problem is in our society and civilization, for millennia we have felt like sex and gender were hard and fast boundary conditions. But the panoply of genetic and sexual conditions which created intersex and transgender persons, only starting to be understood in the last 20 years of our entire history of humanity, are forcing yet another evolution in our thinking. 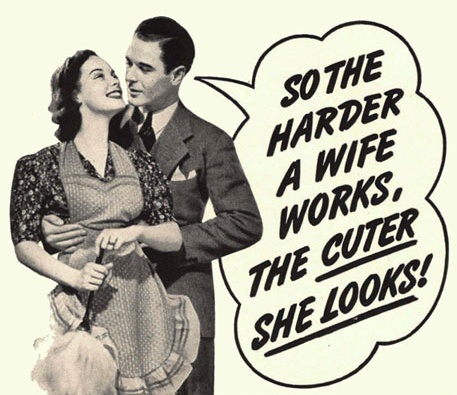 How Much of the Concern is Male Sexist Bias?

For decades the most popular “proper” women’s sports were ones which emphasized lithe, graceful women, such as gymnastics and figure skating. In short, with few exceptions, “mannish” women need not apply for popular acclaim. In the 1920’s and 1930’s, women were under a heavy implication to look like, well, women, and to behave with female decorum. (Wamsley) American Olympic Committee President Avery Brundage attempted to steer women towards the “feminine” sports, lest they be too “mannish” for the public to watch them. (Wamsley) Brundage was also one of the foremost proponents of gender testing (Heggie), and once tried to have a female athlete banned from competition simply because her voice was too deep and her feet were too large. (Wamsley)

It was not until the Cold War, when “unfeminine” women from the East Bloc were outperforming Western women, that it became slightly more acceptable for women to participate in “unladylike” sports. (Wamsley) The real outcome was sex testing of female competitors – essentially, due to a political, racial, and ethnic bias against “unfeminine” Slavic women. (Wamsley, implied)

When it comes down to it, we can push aside all the science and technology and just focus on one critical point: if male to female transgender athletes have such a huge advantage over XX female athletes…then why are they almost entirely absent from the medal tallies? Where is this supposed disproportionate advantage?

How Much of the Concern is Female Fear?

Let’s cut the Gordian knot here and state one thing for the record – if women athletes stood together in solidarity and said “hey, let’s stop this intrusive and demeaning sex testing,” it would stop overnight. After all, how do you field a women’s 800 meter relay if none of the women show up? Because of this, some argue that sex testing and overall bias against transwomen athletes are primarily female problems. Some feminist authors have gone so far as to claim that women are engaging in self-denigrating sexism, both “being afraid of crippled men” and “hoping daddy will save them with his rule book and test tubes.”

I will paraphrase an argument used by Julia Serano in her book Whipping Girl to posit another possible argument for why women really don’t want transwomen on their teams.

[Paraphrase]”For thousands of years women have been subjected to a male-dominated culture and society which is pervasive, consistent, and oppressive. Women actually have very few spaces which they call their own – women’s bathrooms are one of those, which is the reason behind the terror of so many women that transgender women would be using their bathrooms too. A feeling that men are intruding into one of their last private spaces, sometimes using subterfuge, and sometimes doing it out in the open and bold as brass.”

Some women likely feel exactly that way about their segregated sports. In which case the problem comes down not to one of theoretical unfair competition, but rather one belief at a fundamental, primal level that transwomen are simply not women. Defeating that bias is a battle being fought at all levels of society, which will continue to be fought for decades to come.

Part 1 – Introduction and Early History
Part 2 – The Cruelest Test
Part 3 – Post-Richards to the Stockholm Consensus
Part 4 – Current Events
Part 5 – Let’s Get Physical
Part 6 – Why, oh Why, Must it be This Way? (Current page)
Part 7 – Are There Any Cases Where an Advantage Seems Possible?
Part 8 – Final Summary and References