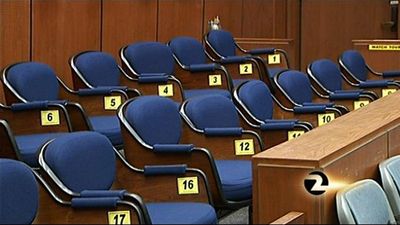 I’ve combined two stories of note here due to their topic being in a similar vein.

The first one is somewhat satisfying, to the extent possible when one of our sisters is murdered in cold blood. Lowlife scum Miguel Inostroz was sentenced to 112 to life for the brutal murder of transwoman Lucy Parkin. It does not appear that the crime was motivated by her being trans, but what’s noteworthy is that justice was done. In other words, in a justice system which is often biased against transpeople, the jury did the Right Thing.

The second story concerns an accusation – not proof of guilt – of a uniformed El Monte, California police officer who allegedly illegally detained and raped a transgender woman. According to the article:

Roe was crossing Garvey Avenue at Central Avenue (map) on the way to a friend’s house between 4 a.m. and 6 a.m. when a uniformed El Monte police officer pulled up in a marked patrol car and demanded to know what she was doing, according to the civil complaint.

The officer ordered her to lean into the driver’s side window of the patrol car.

“Because she feared for her safety if she refused, (she) leaned forward and (the officer) groped her breasts,” the complaint says. “He then asked (her) if she was ‘a nasty she-male.’ (She) responded that she was transsexual.”

The officer then allegedly ordered her to walk into an alley behind businesses in the southeastern corner of the intersection, and into a secluded parking lot behind 10052 Garvey Avenue.

Once there, he ordered her to perform oral sex on him, the complaint says. After several minutes, he raped her on the trunk of his patrol car while calling her demeaning names.

The officer then allegedly threw his used condom on the ground and told the transgender woman to leave. After a few moments, she returned to retrieve the condom for use as evidence, according to the complaint.

Sickening if true. And it’s certainly not unheard of – according to Injustice at Every Turn, “Six percent (6%) reported physical assault and 2% reported sexual assault by police officers because they were transgender or gender non-conforming.”

Ex-con gets 112 years to life for murdering transgender woman | www.ktvu.com.