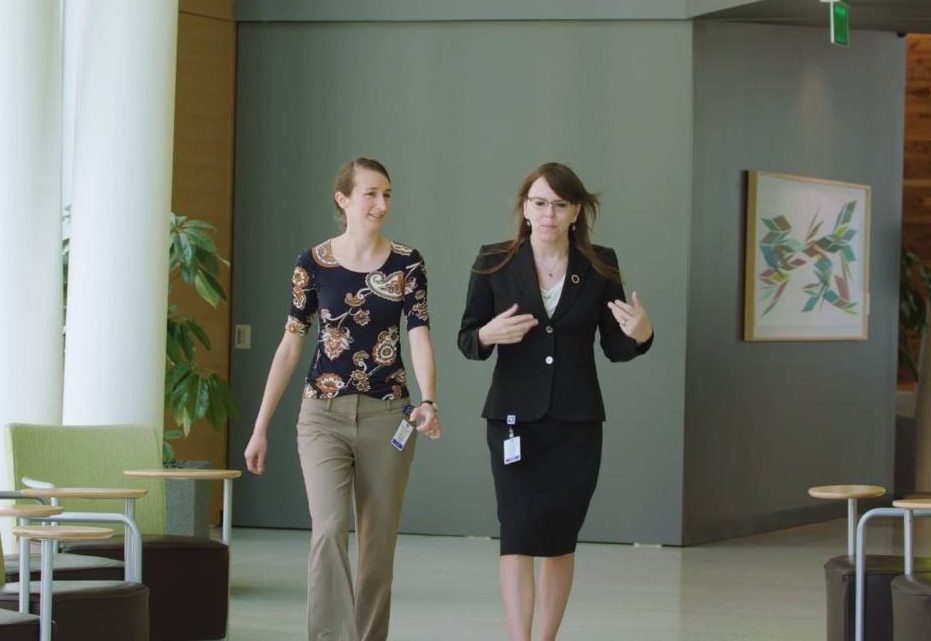 I need to preface this post with a disclaimer: the transgender engineer who is the “star” of the film is me. Black & Veatch released a video today as part of a series called #BeYouBV, which tells the stories of many professionals with the firm who have diverse occupations, hobbies, or lives. This Spring I was named one of several B&V Trailblazers, and was filmed for this video which tells a little bit about my life and how I used the support I received from everyone in my life as a platform for my advocacy.

The film features my good friend Ari Copeland, a senior water scientist at Black & Veatch who is also a transgender man. He’s the bearded guy I’m hugging and talking to, and who is helping to present to the crowd. Also featured in the film are my wife Fiona, who is a frequent contributor to this site, and who runs the Kansas City SOFFA group. My good and long-time friend Ceri Anne is shown on Trans Talk, and several other friends and co-workers appear. Some of the short video was shot at 90.1 FM KKFI, where we broadcast Trans Talk from.

If you use Facebook, this link will take you direct to my video on the Black & Veatch page, and I recommend trying it first.

If however you don’t use Facebook, you can also find the video at this link.