Coccinelle (French for “ladybug,” and sometimes misspelled “Cocchinelle”) was born in Paris under the name of Jacques Charles Dufresnoy on August 23, 1931. Having known she was transgender since an early age, she lived as a boy and later a man, working a few odd jobs without much direction in life. When she was 22 she made her debut as a transgender showgirl in 1953 at Chez Madame Arthur. She later performed Le Carrousel de Paris, where she worked with an array of crossdressers and transsexual women (including April Ashley).

In 1958 she underwent her sex reassignment surgery in Casablanca, under the care of the famous Dr. Georges Burou. She returned to the stage and to greater fame, and was the first transsexual woman to become a “star” in France. She released several albums of songs, and later wrote several autobiographical works focusing on her life on the stage and her transition. Her first marriage was the first transsexual union to be officially acknowledged by the government of France, establishing transgender persons’ legal right to marry.

Coccinelle was a tireless advocate and activist for transgender persons, and even though she could have gone “stealth” due to her classic cisgender female appearance, she refused to hide who she was. She founded a transgender support and advocacy organization named “Devenir Femme” (To Become Woman), and helped establish the Center for Aid, Research, and Information for Transsexuality and Gender Identity. Sadly, this glowing light of transgender triumph was taken from us on October 8, 2006.

The first item I wish to highlight is a lengthy interview, with photographs, that Coccinelle gave to Confidential magazine for their September, 1962 issue. I have scanned the entire article and placed it here for the purpose of preserving out history. It’s a good read, so please download it and store it somewhere safe.

Numerous photographs exist of Coccinelle, but I’ve tried to place some of the better or more notable ones here. I have dates when possible, but as she created a very large amount of publicity photographs for advertising her shows, the dates of many of them are in question. 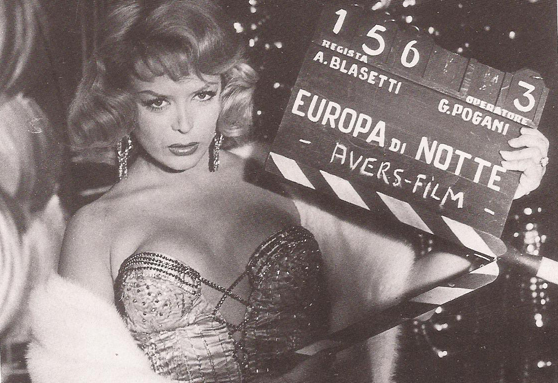 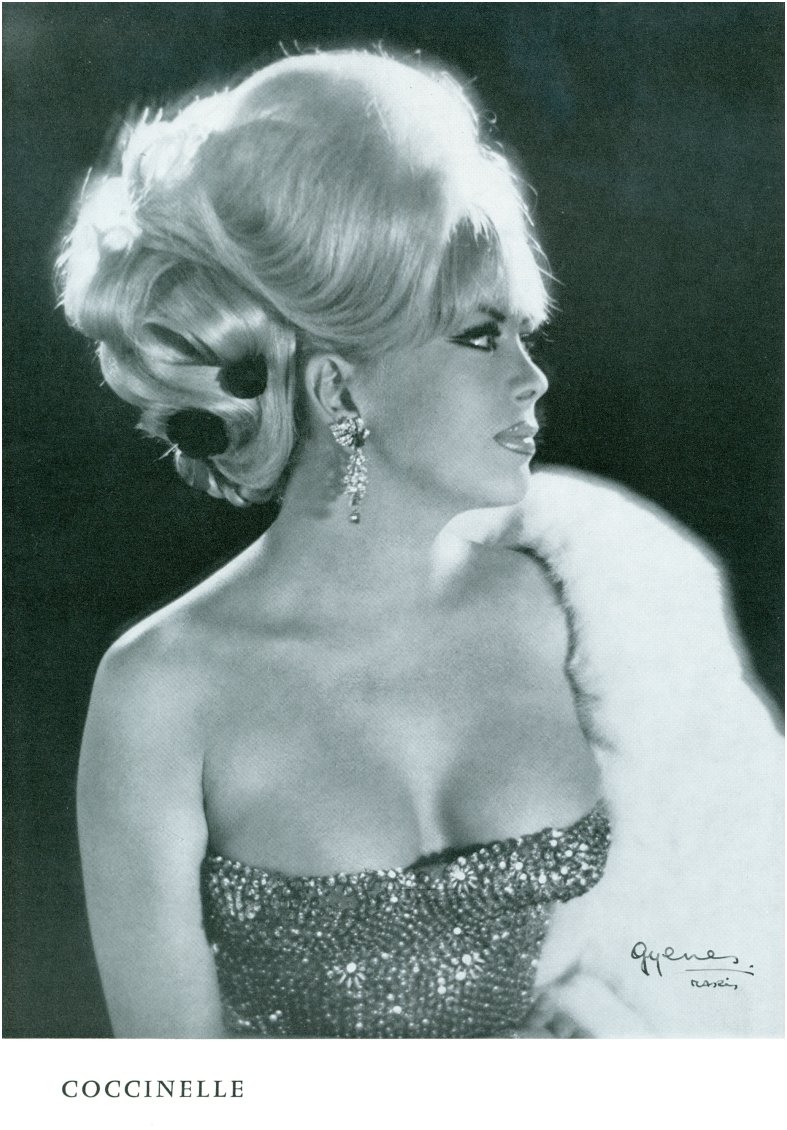 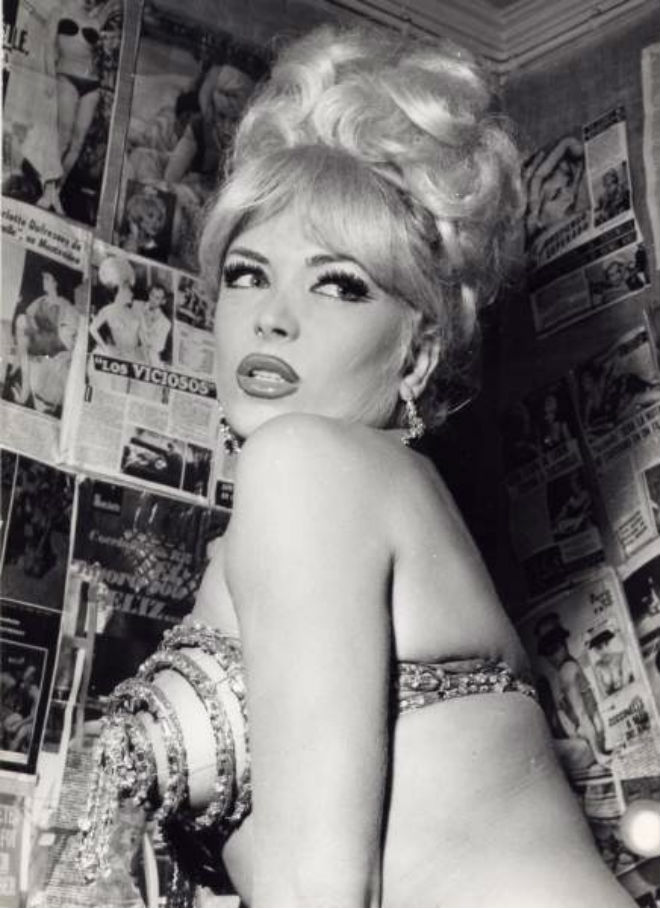 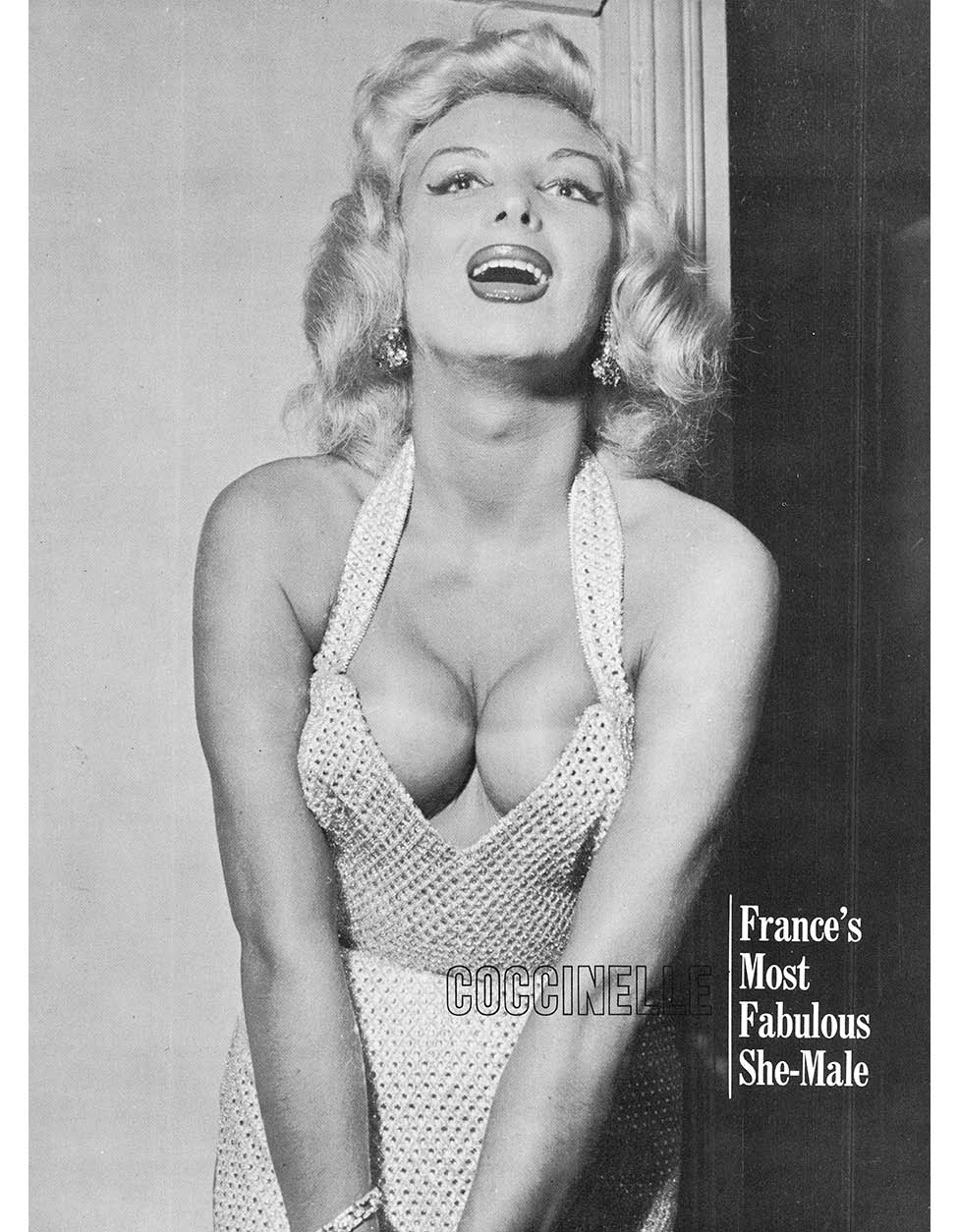 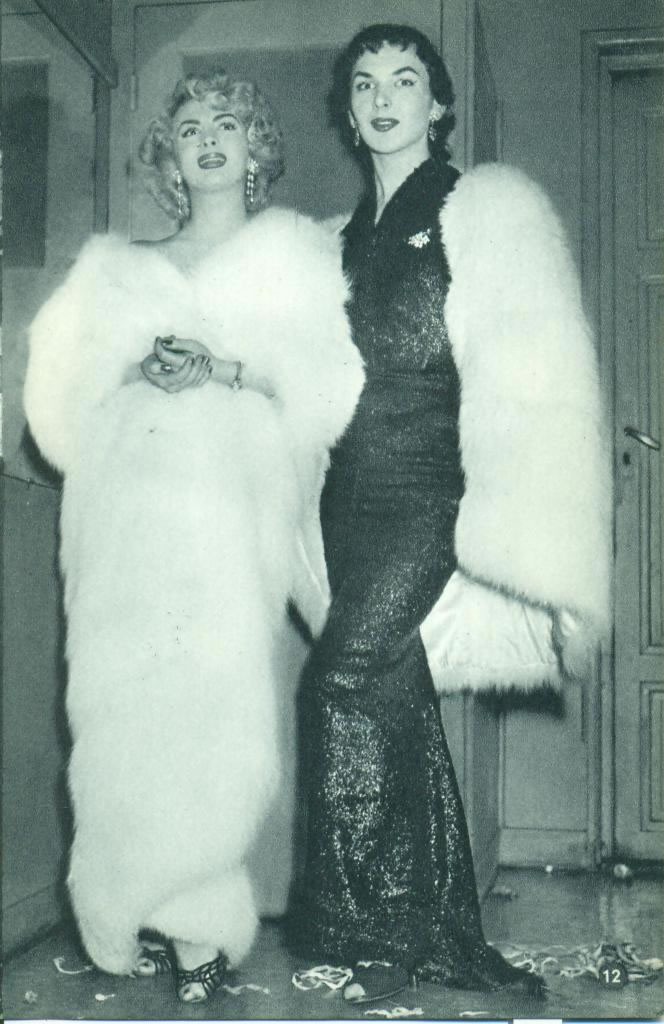 The following image is from a photograph that I bought from France, which I scanned in high-resolution for the benefit of the transgender community. Please click on the small-sized image below to access the full-sized version. It shows Coccinelle posed in front of the Sacre Coeur in Paris, which stands very near Le Carrousel where she performed for many years.