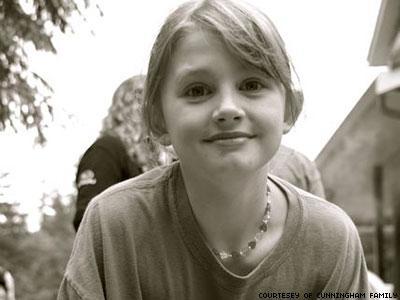 Harriette Cunningham, a resident of British Columbia, was able to amend her birth certificate’s gender marker thanks to a change in the law that previously required surgery by transgender individuals. The 11-year-old was first in line when the courts opened to have her documents updated.

“It’s not just a piece of paper. It matters to me to have me properly represented.”

Harriette is a girl on a mission. When she researched her rights in her province, she became frustrated at the surgical requirement and has decided that gender should not be marked on birth certificates at all. She and her family plan to go before the British Columbia Human Rights Tribunal in October along with other activists to fight for a change in the law.

Let’s hope Harriette and her supporters are able to make a difference in British Columbia and throughout Canada.

Here in the US, the AMA has recently recommended that all states change their laws to allow people to change their gender markers without any surgical requirement. Most states require surgery to have a birth certificate’s gender marker amended. A few states allow for “irreversible medical treatment” which means that hormone therapy is considered enough intervention to warrant a gender marker change. Some states (Idaho, Ohio, and Tennessee) will not allow a marker to be changed even with surgery. You can check your state’s requirements on the Lambda Legal website.

The need for this change in policy affects adults and children differently. (I won’t get into the obvious and terrifying issues affecting adults here such as police harassment and physical violence, because as a mom of a youngster, my knowledge is limited in what transmen and transwomen go through daily.) As more kids are able to transition early, blending in and being able to go through childhood “in stealth” and even through puberty in their teens, their school records are often not updated because of their birth certificates. They can be accidentally outed during roll call by substitutes or on official test records. Getting into a college and receiving the correct living arrangements can become a tangled mess. Because children cannot legally have surgery, they have practically no chance of getting a birth certificate corrected.

I, for one, will be lobbying to get the policy changed where we live. Will you join me and start petitioning in your area, too?