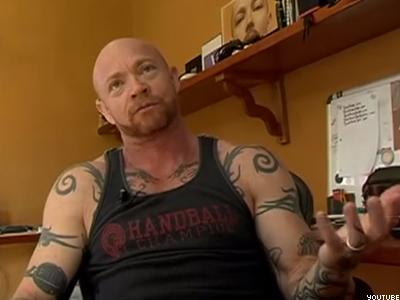 This is a psychodrama where you either want to pull up a lawn chair and sip mint juleps while you watch it happen – or else you want to pull the covers over your head and pretend you never saw it.

The skinny: outspoken transman Buck Angel started a fundraising site (the provocatively-named “transgasm.org”) to help transgender persons receive SRS via a scheme of paying money forward to help seven people at a time receive surgery. The problem is, as best as many people can understand it, the site is an unintentional pyramid scheme, which is illegal in the United States.

So merely one week after the site was started, the two founders (Buck Angel and Jody Rose) shut the site down cold and have called in lawyers to go after the media who have reported on the incident. Furthermore, transgender women are commenting all over the internet, such as in the article linked below, venting their ire at Buck Angel. One target of their ire is a comment Buck Angel made in 2007:

“Ugh, don’t get me started,” he told the Village Voice in 2007. “That’s my hugest pet peeve. You want to be a man? Act like a man. Men take care of themselves. Very rarely do they fucking beg for money. Get a fucking job and save your money like a man. Asking for a handout for surgery — it really bothers me. It’s just wrong.”

Of course, people are allowed to change their minds, and grow, and learn. I confess, however, that there’s some entertainment value in reading Buck Angel sparring with commentators.
Buck Angel Shuts Down Transgender Surgery Fundraising Site | Advocate.com.