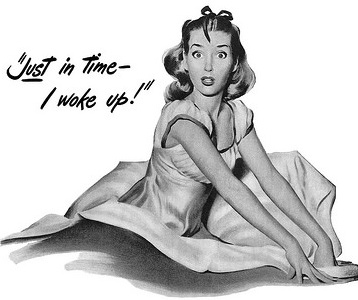 Note: Brief reports are features which highlight specific studies or small groups of studies on transgender topics. They are not intended to be given the same weighting as comprehensive reports (such as on the Transgender Brain or Quality of Life in Treated Transsexuals, q.v.) Please use caution when interpreting or drawing conclusions from the results, and never attempt any changes in your medication or health care without consulting your physician first.

Hormones are incredibly powerful modifiers of many body functions, including some which are often unusual or unexpected. Estrogens are a steroid, and being in that chemical family it is expected that they may have an impact on the quality, duration, and timing of our sleep cycles.

A recent German study reported on the effects of estrogen hormone therapy on seven transwomen, comparing their sleep quality both before and after treatment with hormones and antiandrogens, with the use of an electroencephalogram (EEG). The age range of the subjects was 31-44 years, and all subjects were healthy and suffering from no diagnosed mental illness. Three months elapsed between the initiation of hormone therapy and the final tests. (Künzel)

Several changes in sleep quality were noted by the EEG analysis, but only one change was considered statistically significant (meaning, it was unlikely to be due to error). This was an increase in the duration of time spent in the lightest sleep level, where one is very likely to be influenced by their environment or woken up. However, even for this finding the significance was not exactly stellar (p<0.05). (Künzel)

Estrogens and antiandrogens may have a weak effect on the sleep patterns of transsexual women, increasing the length of time spent in the lightest sleeping states. If we assume this result to be accurate, it may point to transsexual women being at risk for less-satisfying sleep. It’s probably more likely that differences in the daily stress level of transsexual women (family, job, relationships, harassment, etc.) would have a much greater impact on sleep quality.