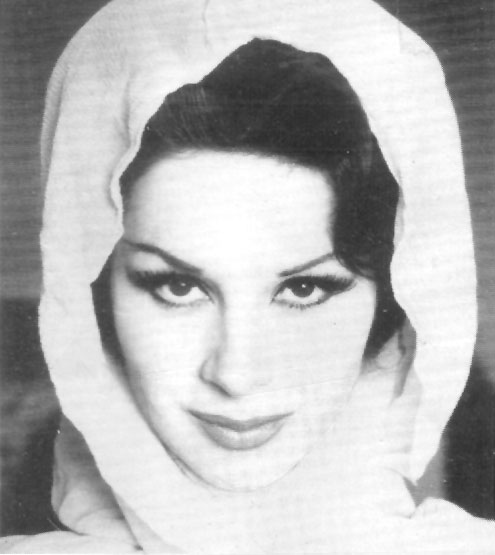 April Ashley’s Odyssey is the autobiography of Britain’s first outed transsexual woman. Born George Jamieson in the slums of Liverpool, April’s story is an incredible rags to riches to rags story which at many times seems simply unbelievable. I have tried to pick and choose some key facts which she relates in her story, and have not found any glaring errors, although many of the events she relates do not appear in any other publications.
After a dreary and depressing youth, April escaped to work in a ship’s mess hall in the merchant marines, and it was on the sea that her transsexuality started to really come into blossom – in a bad way, which led to the first of a few suicide attempts, and later she was institutionalized against her will and given drugs and shock treatment to try to “cure” her of being transsexual. Through the book April presents evidence that she is partially intersex, although she is never diagnosed as such. And she’s also badly mistreated by the medical profession, who advise her not to take hormones after her SRS, leading to a lifetime of broken bones and health problems.

She runs off to London and falls into the youth culture of drug-dealing tea girls (tea, not “t”) and waiters, then gravitates into the early London LGBT community of the 1950’s, which sadly has a very large overlap with the prostitutes of Soho. Time passes and she starts to perform in drag, and becomes very successful at it, eventually headlining the show at Le Carousel in Paris, then touring Europe in style along with other drag and transgendered actresses. She has her SRS in Casablanca and then bursts onto the international club scene in Europe as a dancer, fashion model, actress, and general party girl extraordinaire. It is possibly because she is intersex that she “passes” seamlessly, and from photos of her in her 20’s she appears to have been a stunning beauty.

For much of the book, the story is her moving from one party to another, meeting one incredible and semi-famous character after another. She meets Sartre in Paris cafes, is best friends with Sarah Churchill, sleeps with Peter O’Toole and Omar Sharif, miffs Mick Jagger and hangs out with Keith Richards, has a running feud with the Beatles over a table in a restaurant, accidentally insults Princess Margaret, spends time in an Italian prison for slapping a policeman, and is threatened with deportation by a Spanish Duke when she sleeps with his son. She meets Fellini and appears in “The Road to Hong Kong” with Bing Crosby and Bob Hope (although the story of her being a transsexual breaks out before the film is released, leading to the producers cutting her name from the credits). Movie stars, musicians, artists, scoundrels, criminals, and innumerable minor European nobility, even royalty, drift seamlessly in and out of her stories. A typical day in her 30’s is to wake up to a phone call from the son of Count so-and-so, saying “I sent a limousine filled with champagne and roses to your door; come to Malta with me for a month and hang out at my castle.”

April Ashley may be a glamourous transsexual icon, but let’s not fool ourselves one bit. She’s not a very nice person at all, and at times you find yourself becoming somewhat disgusted with her. She sleeps with any man who will have her, regardless of which marriage it breaks up, vainly demands exorbitant gifts of furs and jewelry from her lovers, has a hundred affairs or more on her husband and spends all of 2 weeks with him before abandoning him in Spain to spend a decade on the party circuit. She takes money from everyone, thinks nothing of saving or restraint, and utterly lives for herself and not anyone else. In one little vignette of her conspicuous consumption she talks of her habit of ordering oysters and champagne from a gourmet restaurant at 1:00am and having them personally delivered to her hotel by cab. One time, being too poor to even take a bath without planning for the cost of the gas, she gets a windfall of cash and jets off to a vacation on the Mediterranean – again, somehow scrambling her way back up out of each hole she digs for herself. She drinks so much she sometimes turns yellow from jaundice, is addicted to who knows how many drugs, and suffers heart attacks in her 40’s. She wrecks cars, marriages, and inheritances, sometimes all at the same time.

Over time, Aprils’ life starts to catch up with her and her friends. Suicides and drug overdoses abound, and what friends of hers don’t kill themselves off start to drift away into poverty, insanity, or mundanity. April’s greatest – and worst – moment in the sun is her divorce trial of 1970, where it was established in the law that transsexuals were not really their new gender, something which effectively threw UK transsexuals under the metaphorical double-decker bus. She moves on to run a successful and trendy restaurant in London, then through her own drunken and drug-addled mismanagement loses it, hits poverty, and ends the book living in a remote corner of England fussing over her fallen garden wall and getting new curtains.

April does not talk much of her transsexuality in the book, nor her feelings about or problems living with such. Maybe less than a fifth of the book is about a transsexual woman, and the rest is about a frivolous party girl of the 1950’s and 1960’s. Don’t get me wrong, the book is interesting to read and a fascinating record of a transsexual woman’s history, although you do get tired after you read of the 20th time she breaks up a marriage or goes on vacation to Majorca. In fact, one could take some heart from April’s continuous courageousness and inability to let anything stop her – as well as how accepting most of the high-society of the day were towards her.

My understanding is that April did go on to become a bit more focused on transgender issues and to be a bit more of an activist later in life (she is still alive, 77 years old as of today), but she’s been accused of “chasing the money” rather than caring about the transgender community. She finally reached her goal of being legally a woman in 2004, and was made a Member of the British Empire (the lowest honorary rank) at the Queen’s Honors in 2012 for her work for the transgender community. She has a website, but like Aleshia Brevard’s website it’s merely vestigial, and not at all worthy of the lady behind it.

April’s story is out of print, and original copies hard to find and sometimes dear. There is a website which has scanned her entire book and so it is available to read online for free (if you Google on the title you can find it pretty easily). While I don’t condone copyright infringement, in the case of an out-of-print work of historical import to our community, which otherwise would vanish without a trace (barring some sudden surge in interest in transsexual biographies), I’ll make an exception in recommending you download and read it.