All Barry Kay photographs from “As a Woman” © Michael Werner 1985, and provided by the generous courtesy of the Barry Kay Archive, a fine project dedicated to the life and work of Mr. Kay which I encourage you to visit.

A couple of years ago I stumbled across a very interesting book which I managed to purchase for a steal, not realizing how rare it would become. The book is “As a Woman” by Barry Kay, and it is a photographic essay book of transgender women of Sydney, Australia, who were photographed from 1974-1975. Kay, a stage designer who was a fair hand at photography, had many encounters with the Sydney transgender community in the early 1970’s, and he collected photographs which he took of both crossdressers and transsexuals in their private spaces, at home, with friends, at work, and about the town.

The book is made up of 80 photographs of more than 60 different women, all of them in black and white save for a sepia print which makes up the cover photograph. The photographs are often shot with a soft filter or soft focus, which either helps soften the images of the women, or else serves to create an air of gentle unreality to the photographs. Very few show nudity (and none in this sampling do) and the women display a modest range of emotions which tends to be somewhat sober overall. I’m not certain that as a photographer Kay was able to put his subjects at ease.

Or perhaps that’s the whole point? If you think being a transgender person is difficult now, imagine what it was like in the early 1970’s, when the only transgender people who could escape a life of prostitution or perpetual denied transition were the exceedingly few who were rich, or could become performers in nightclubs. In most cities in the United States you could be arrested for the mere act of crossdressing, even if you had had SRS, until you changed your birth certificate. To say to anyone in that era “I’m a transsexual” would probably have elicited a rather negative response. So it’s very possible that Kay has actually captured some of the honesty of the lives which these women lived.

There are a few pages of text at the beginning of the book which serve to explain a bit about the history of transgender persons in general and in Australia specifically, but not much information on who the subjects were nor how Kay selected most of them. I selected 16 photographs from the book. Each photograph is scaled on this web page, but if you right-click and save the file you will see the high-resolution scan. 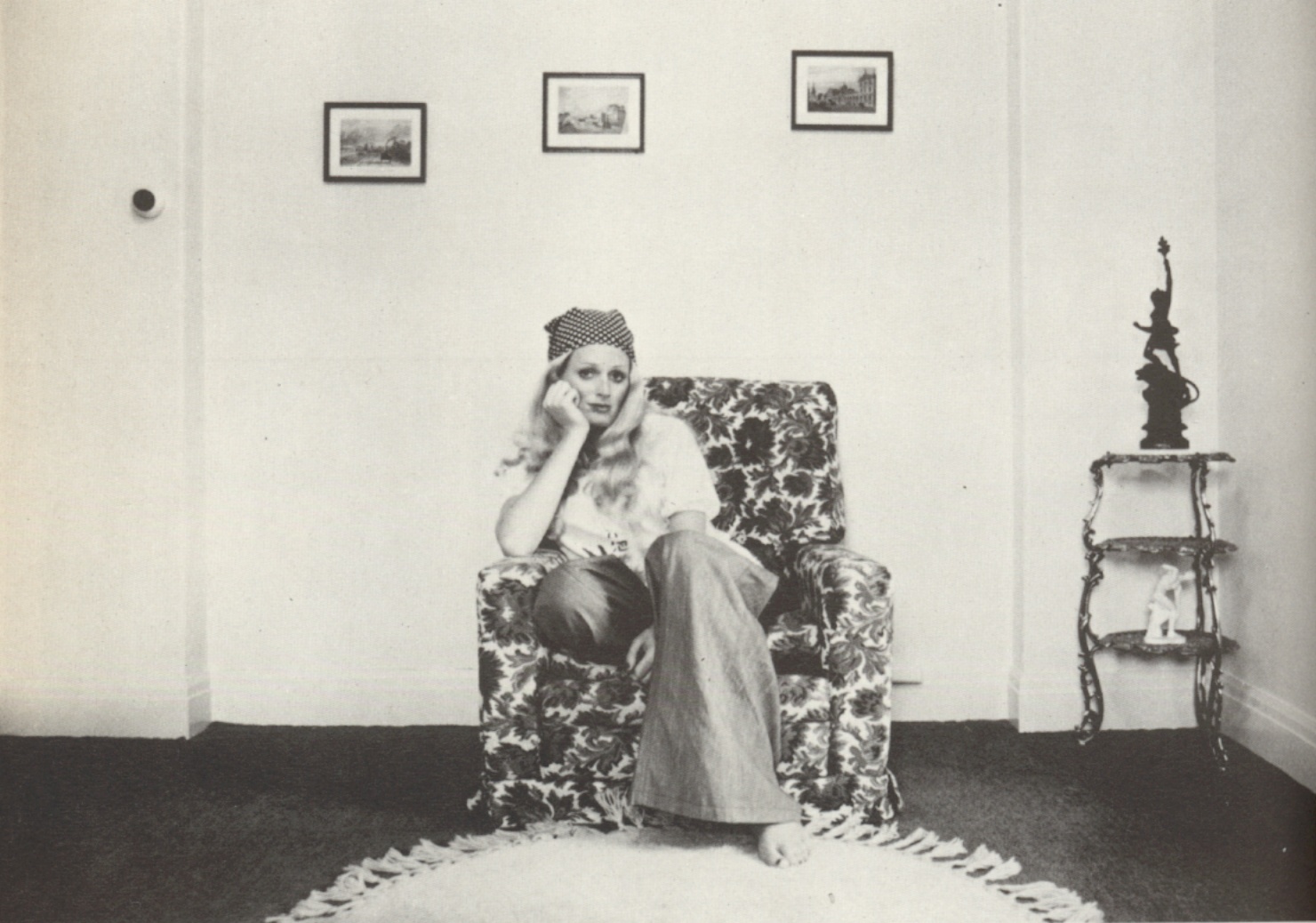 Angela sits alone in a large, empty room (I actually cropped out some of the emptiness). The room appears simple and down to earth, but Angela looks as if she’s wishing she was far away, someplace where something was happening, with excitement and intrigue. It’s a contrast of complexities here. 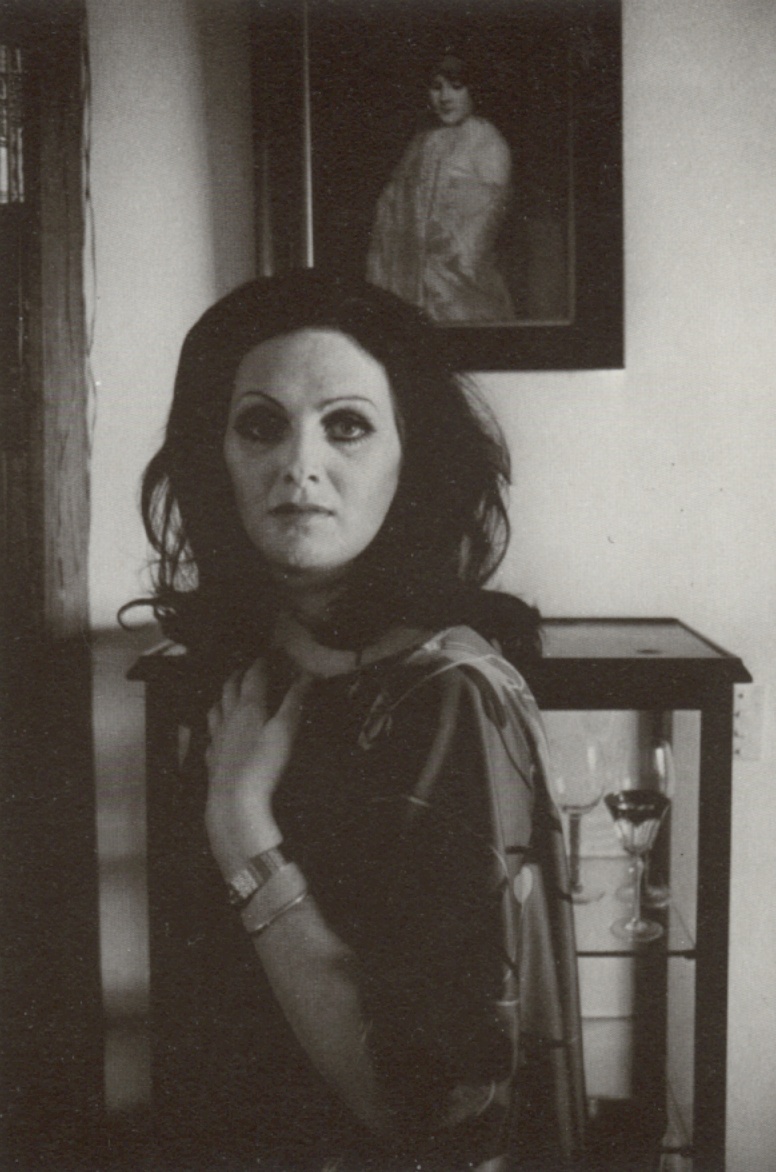 Chase looks startled, like she’s caught in a private moment in her home. At the same time, while she is not smiling, her brow is clear of wrinkles and she doesn’t seem tense. She seems mostly curiously disinterested. 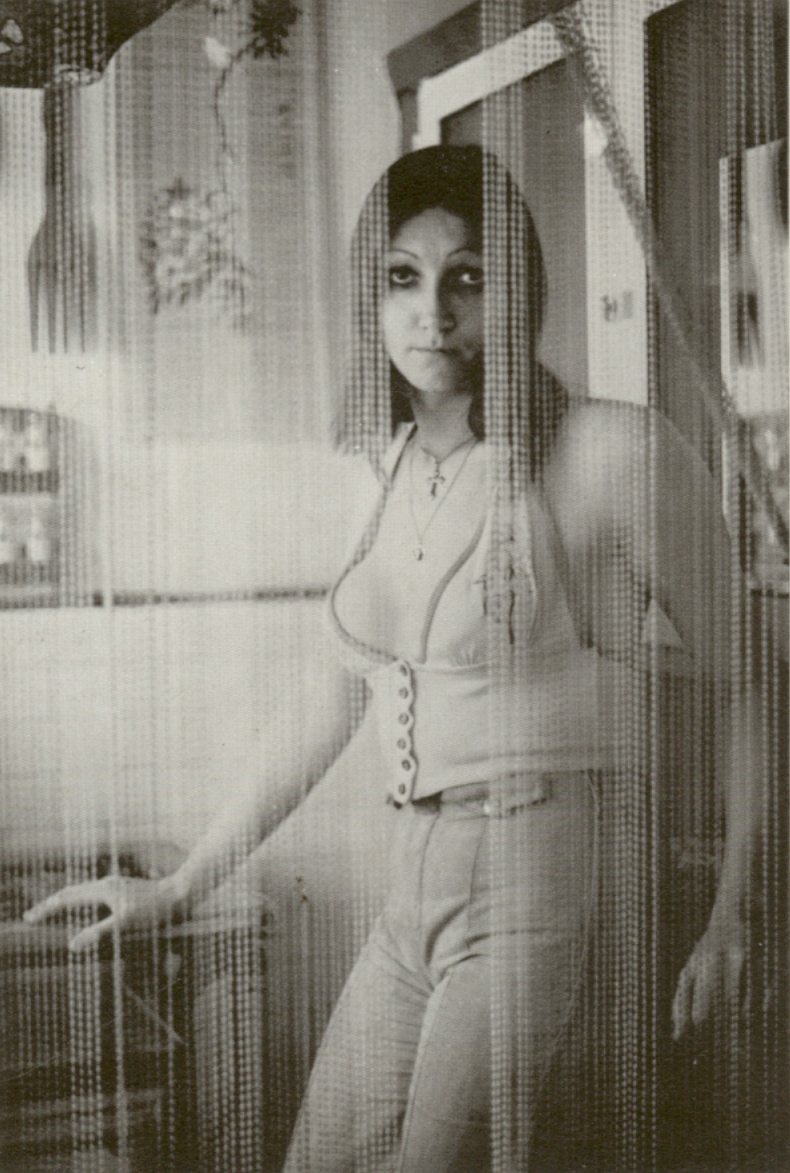 Cynamone bites her lip slightly as she poses. Her breasts show she has been on hormones for some time, but the pose behind the bead curtain implies she still wants to hide, or remain slightly obscured from others. 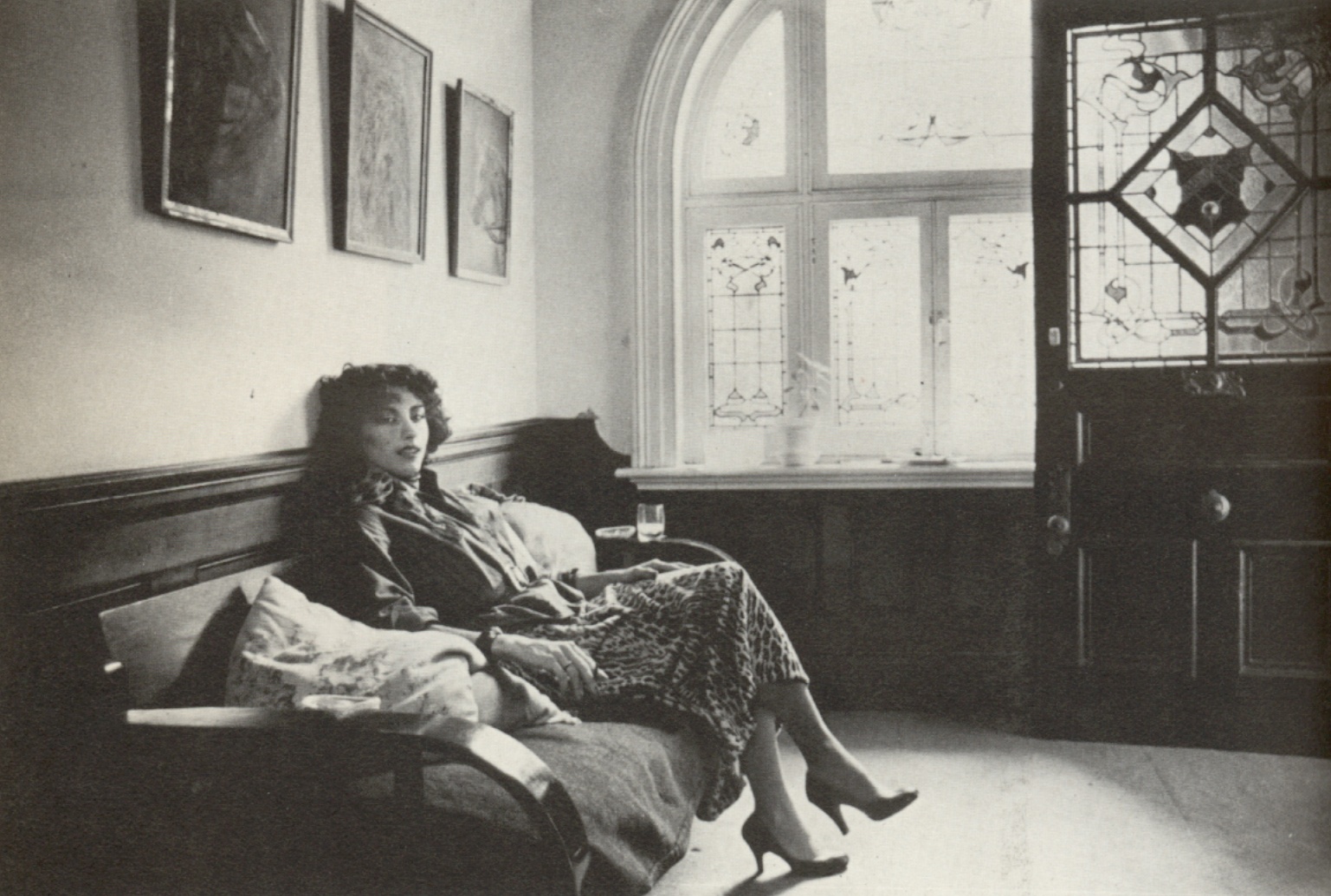 Jasper is featured in at least 3 photographs in the book, and she appears to be a performer or prostitute in her professional life. Here she lounges in a large room, as if she’s waiting for someone to come and meet her and take her away from her life. 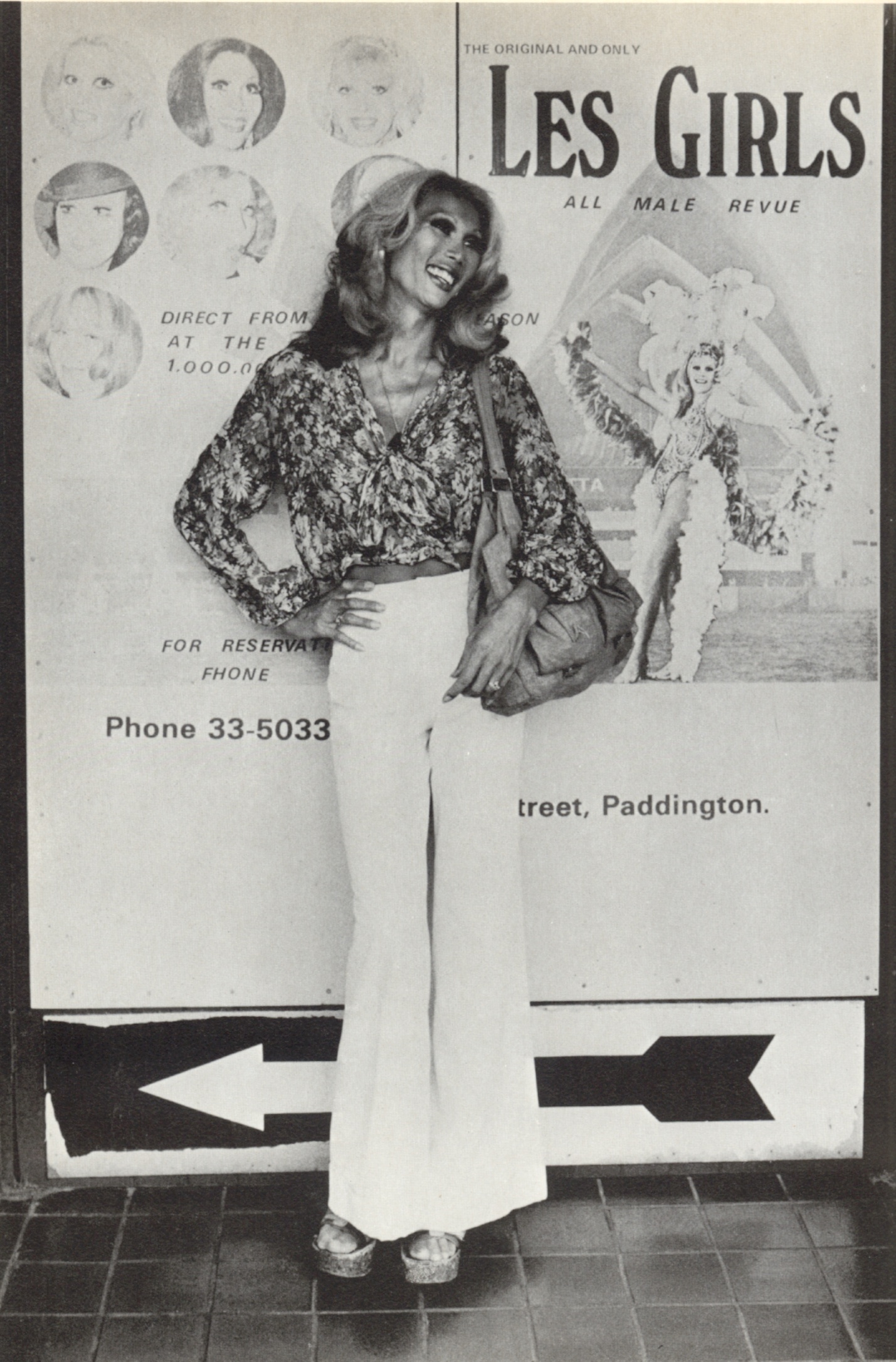 Ayesha appears in a couple of photographs, and her smile looks easy and genuine. She’s very pretty and she looks like she knows it, which gives her confidence. Or maybe she’s pretty because she has confidence? 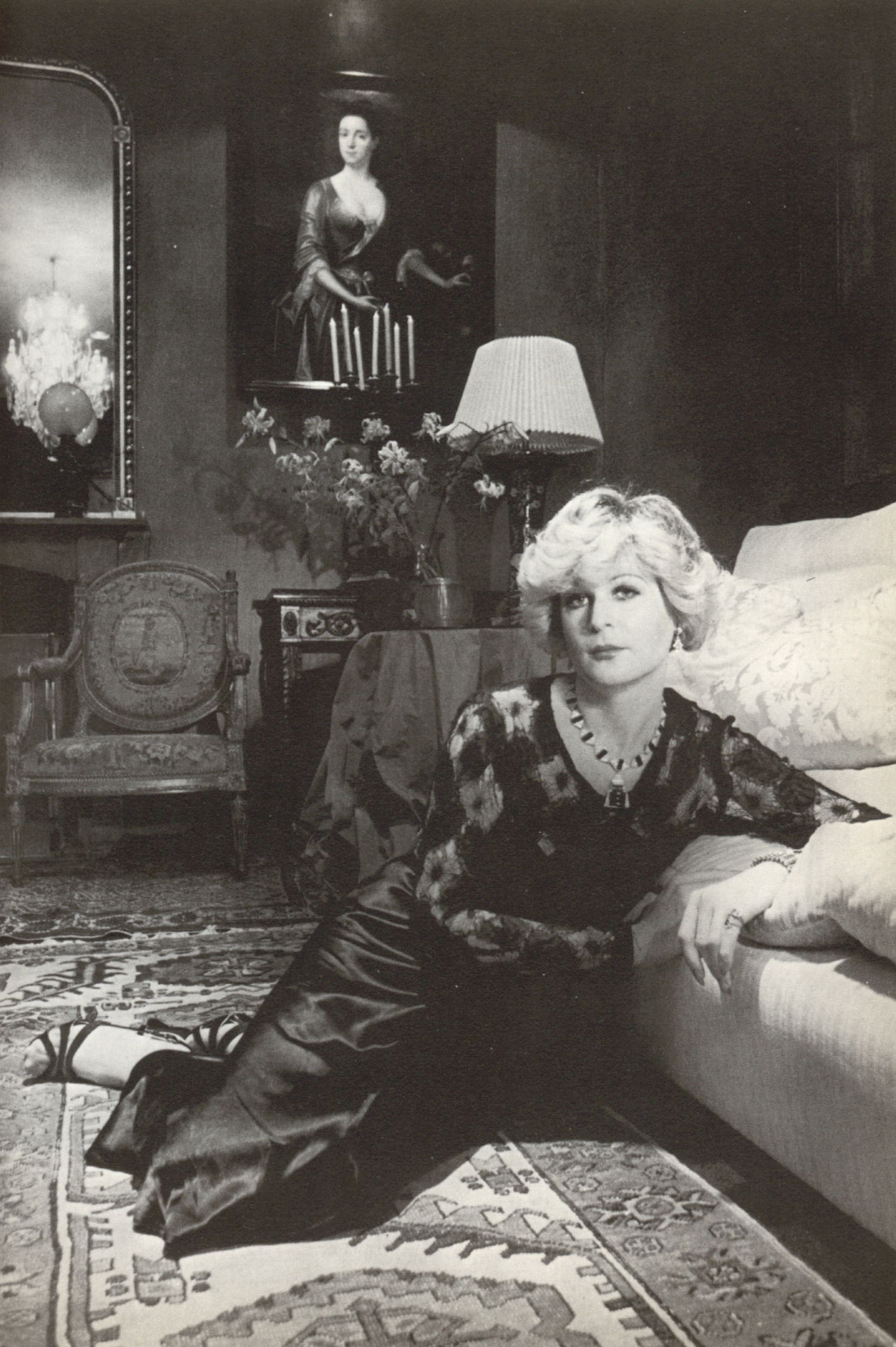 Like Ayesha, Lenore is very pretty and appears that she would have no problems “passing” on the street. Yet this pose makes her seem private, withdrawn a bit, comfortable within her own domain. 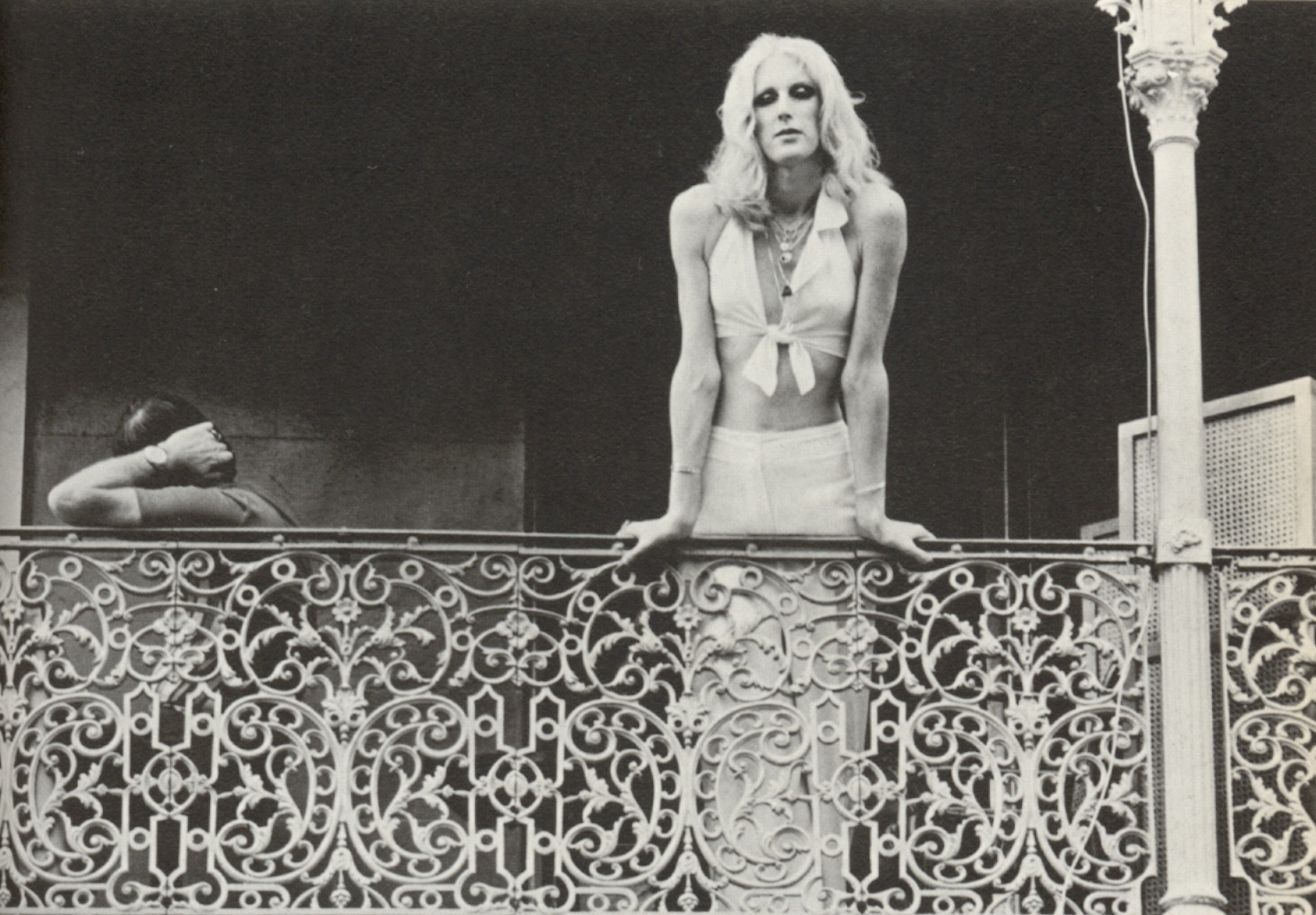 Maxine watches the photographer from over a balcony, with a surprisingly neutral expression on her face. This photograph seems the most mysterious to me, as I cannot really tell much about the subject. 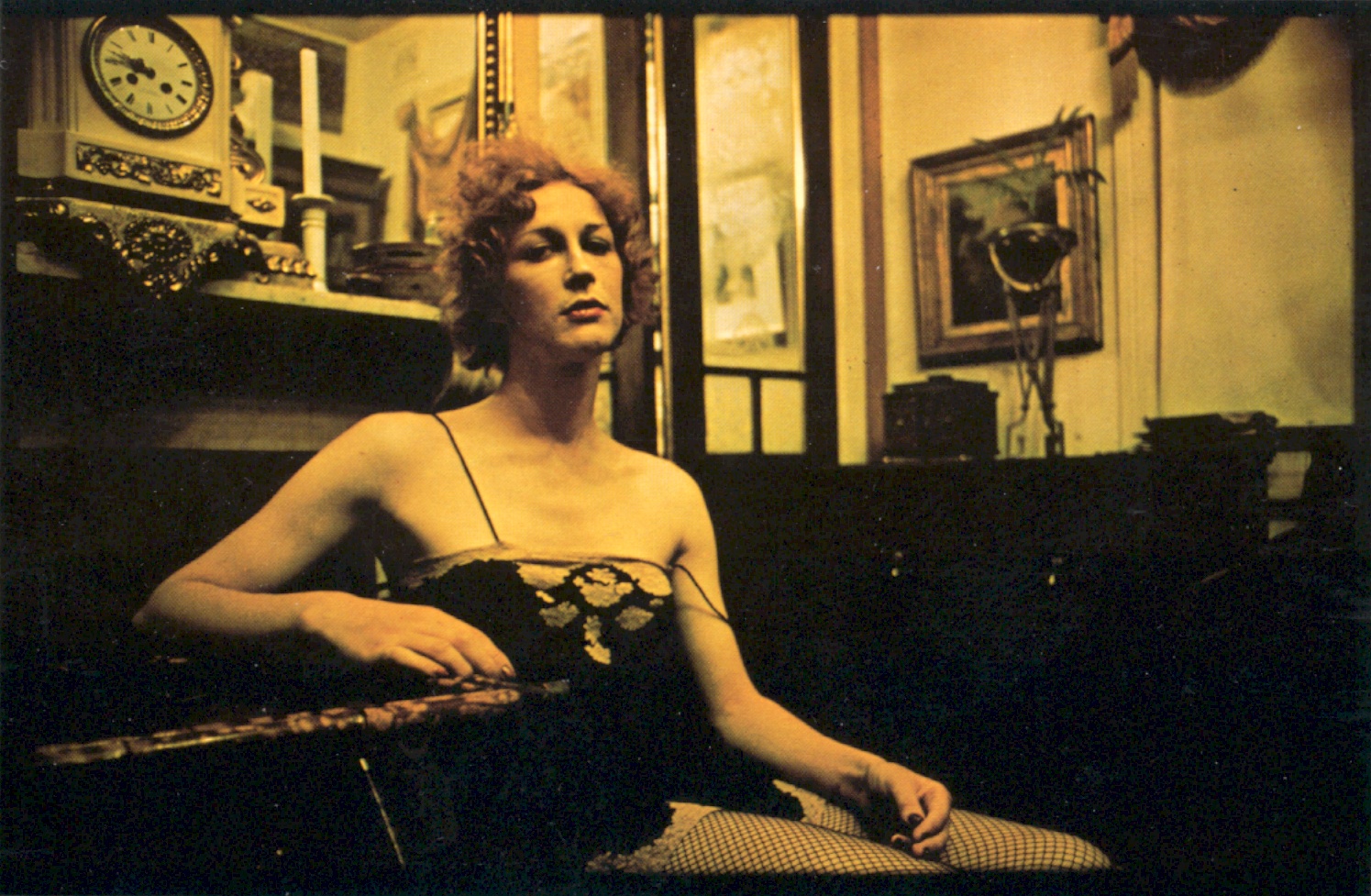 Mel appears in three of the photographs in the album, and appears to be a nightclub or burlesque performer. She is also notably the only woman who is graced with appearing in color, or at least sepia. Comparing this sepia photograph to the other black and white ones makes me wish that the other photographs were also in color, because I seem to pick up so much more emotion from the shading and colors of Mel’s face and body. Why is a strap of her top draped off one shoulder – is she trying to entice someone, or is she just carelessly lounging? 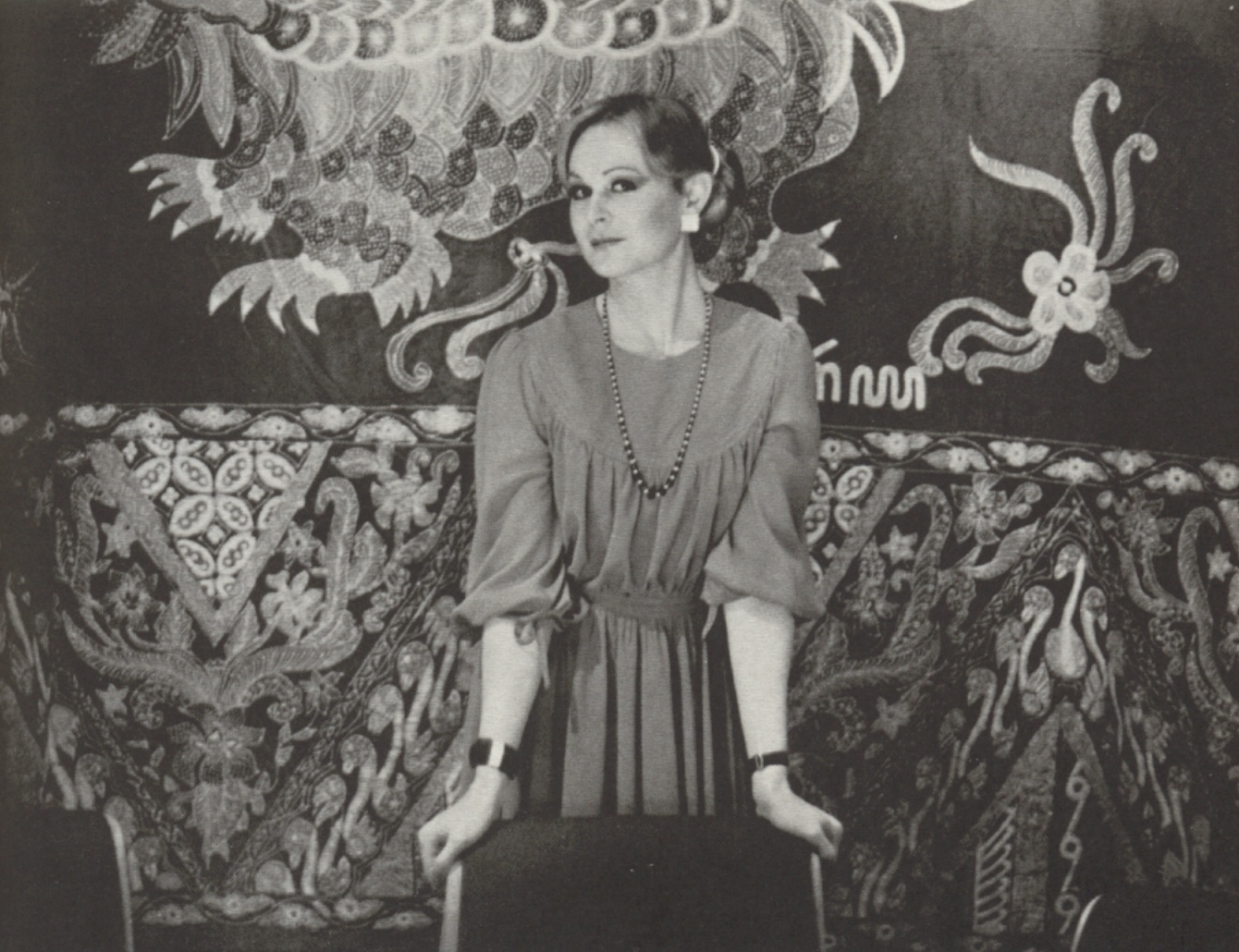 Pearl looks confident and dressed for everyday smart, and it gives me the impression that she is an “out” transwoman. 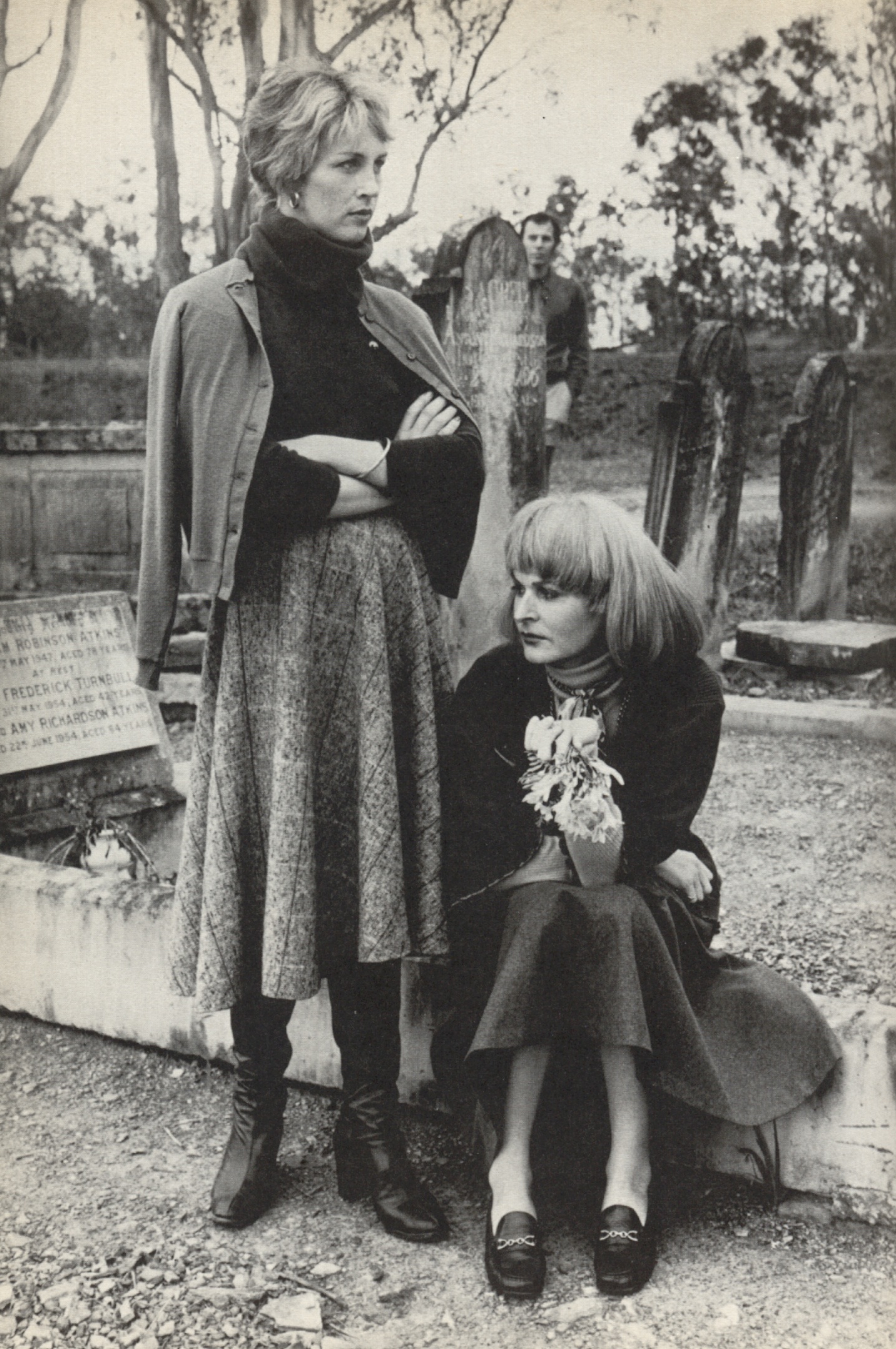 Mel and Pearl appear in a pose in a cemetery, and the arrangement and dress immediately gives me the impression that they are in a fashion shoot. We don’t know why they are sitting in the cemetery, but given the incredibly high suicide rate of our people (and the high rate of death from hormones, drugs, disease, etc. among our people in the 1970’s) it’s possible they were visiting an old friend, now lost. And who is the creepy guy in the background? 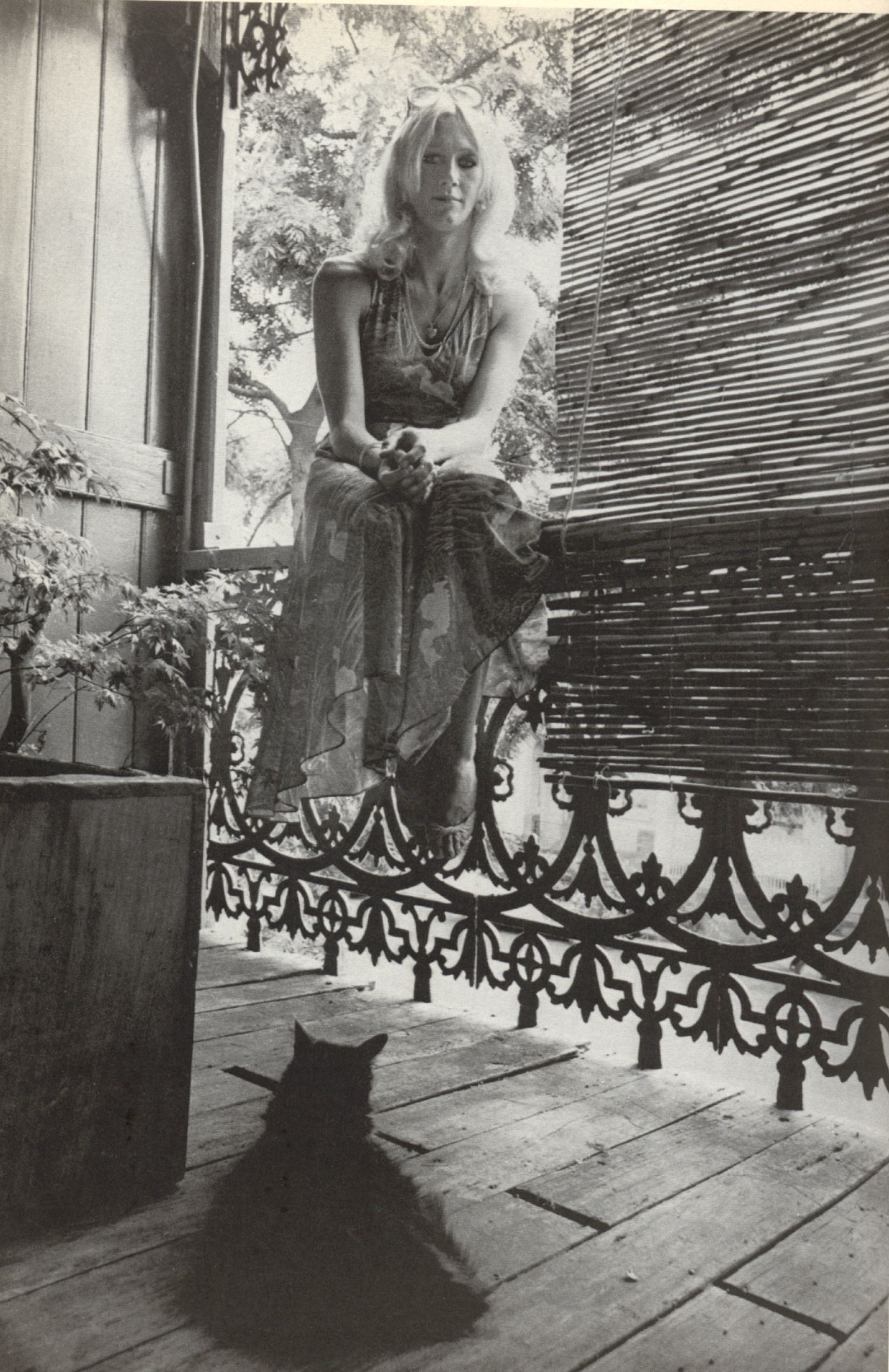 Robbie sits on her balcony, a very pretty girl although there is a lot of uncertainty in her eyes. Is she out and public? Or is she afraid and living a life of hidden desperation in her home? 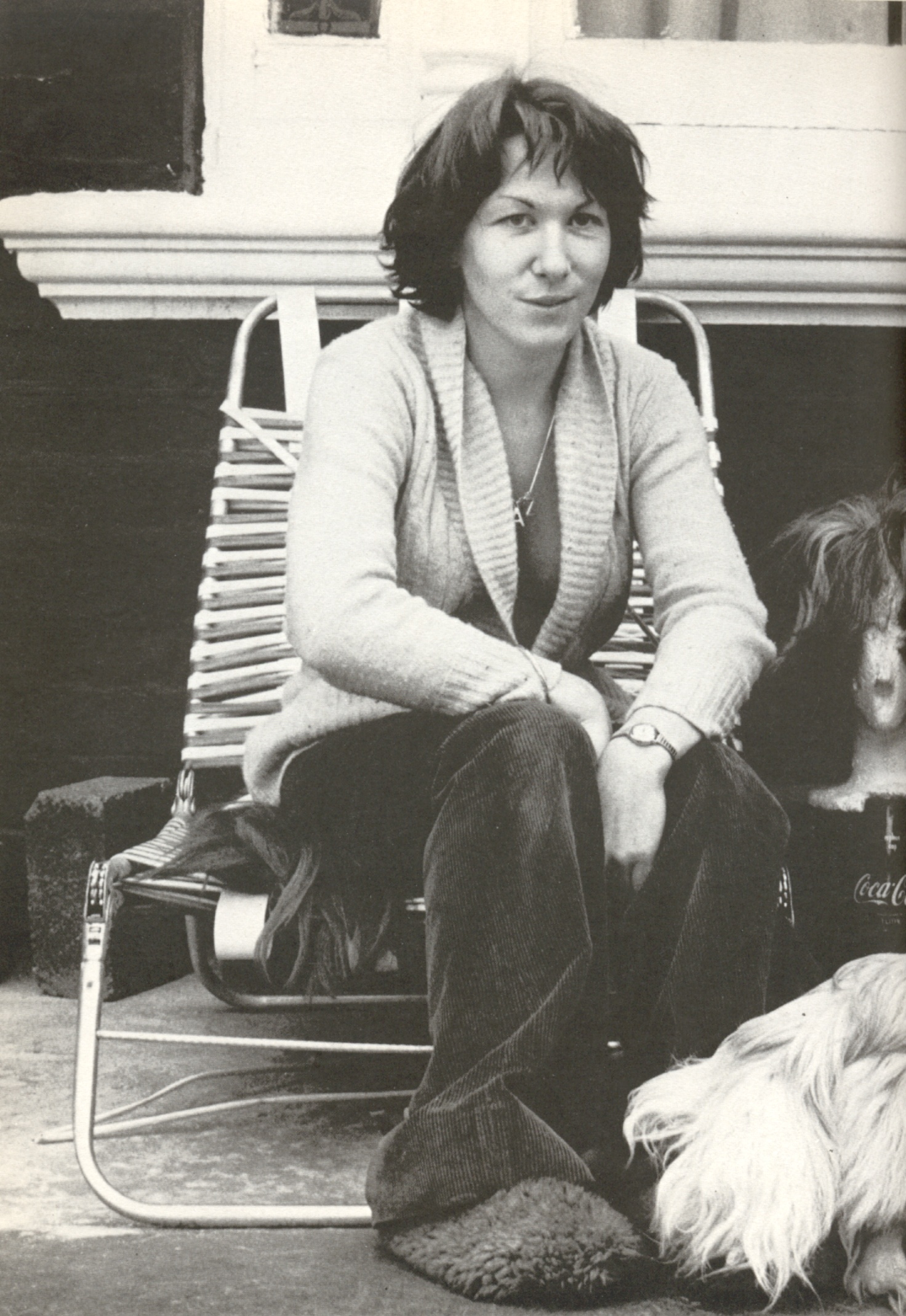 Sandra looks like she’s relaxed and well-adjusted to her life. A wig on a mannequin head is behind her to the right, and some wigs lay on the ground. Was she dressing outside, or washing her hair? 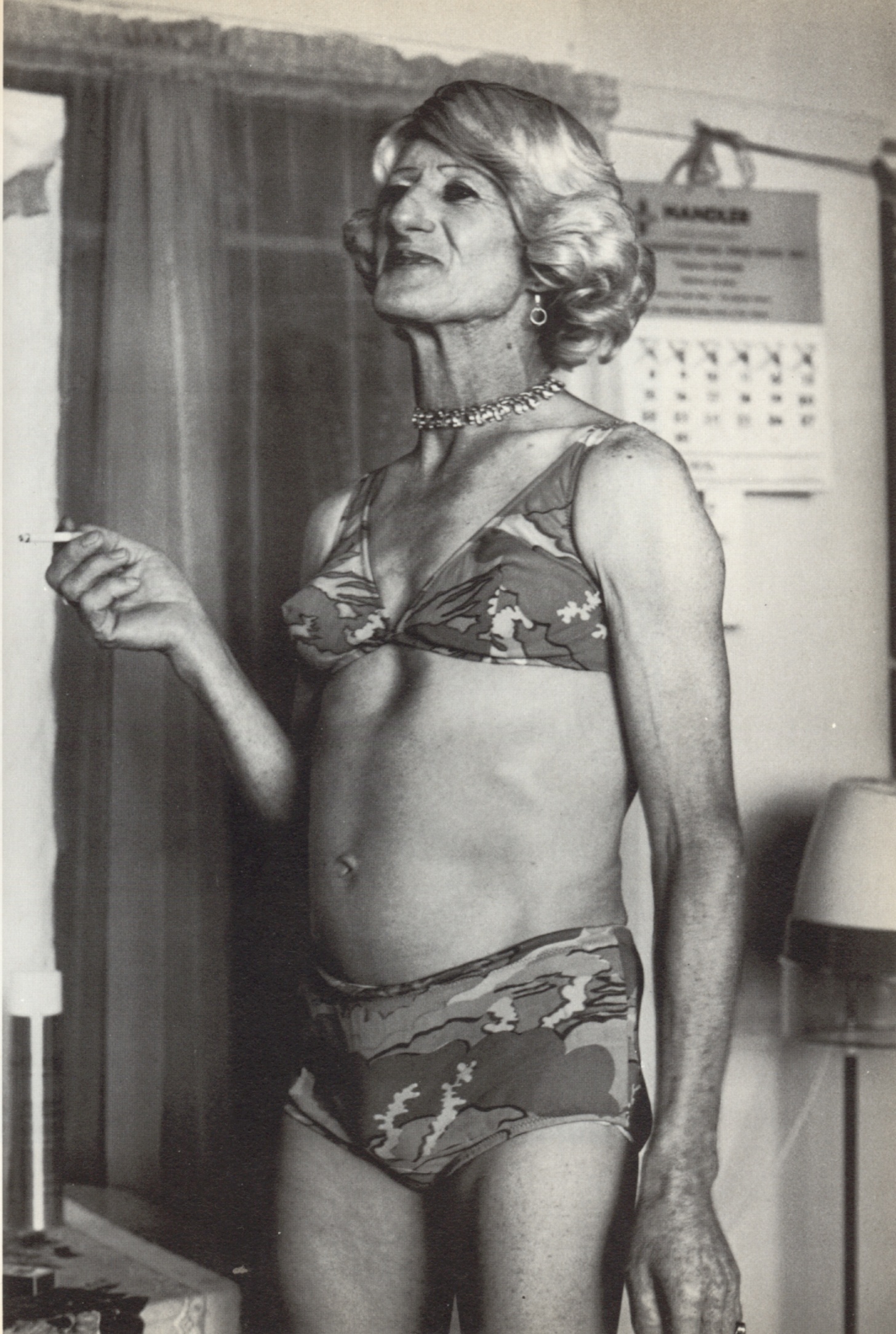 Some have looked at this photograph of Alice and said “ew.” And I wonder why? Because she’s old? Out of shape a bit? Too much body hair? From her appearance Alice knows all of this, and yet she feels she must do what she can to express femininity. We all grow old, we all die, and it’s normally not pretty. Alice reminds us, even those gorgeous blocker babies out there, that beauty is more than skin deep. 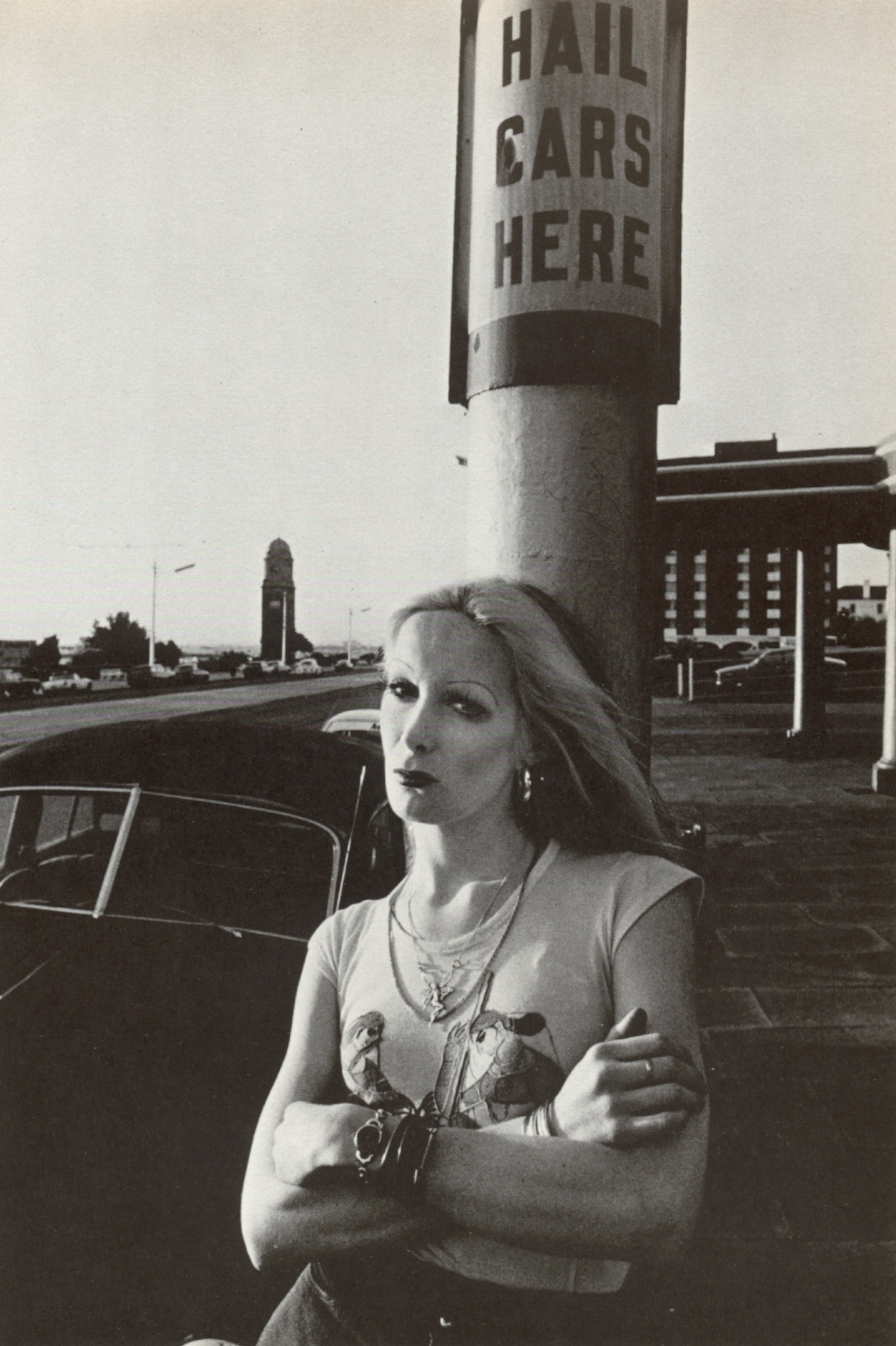 Sarah looks like a tough girl. Is she the driver of the taxi behind her, or waiting for a ride? Is she a prostitute hitting up passengers as they disembark? Whatever she does, it’s no-nonsense with her.

Shona is working on some project which is not easily identifiable from the photograph. She looks as if she has been captured in her daily routine in a very honest pose. 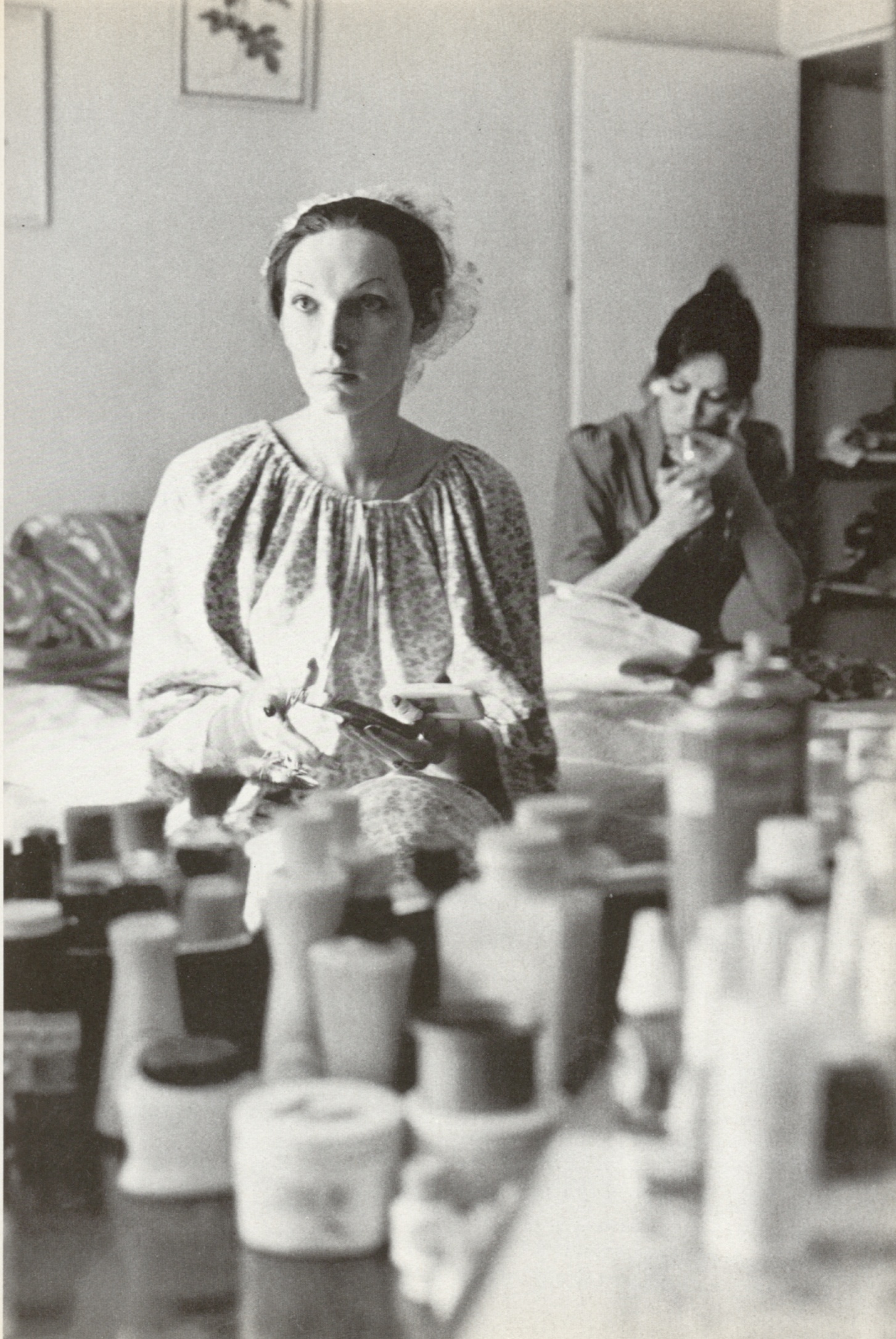 What does Tanya see as she gazes forward? Is she looking at her reflection? Looking at the future as her mind wanders? Is there a dynamic between her and Angelique in the background? We cannot know.