April Ashley has the distinction of being Britain’s most famous transsexual woman. Born George Jamieson in the slums of Liverpool, Ashley’s life is an incredible rags to riches to rags story which at many times seems simply unbelievable. Starting her authentic life in the London LGBT community of the 1950’s, she moved on to perform as a woman on stage, eventually headlining the show at Le Carousel in Paris, then touring Europe in style along with other drag and transgender actresses. She had her sexual transformation surgery in Casablanca and then burst onto the international club scene in Europe as a dancer, fashion model, actress, and general party girl extraordinaire. She was definitely no angel, and by her own admission she lived a hedonistic and self-centered life.

Over time Ashley’ life caught up with her, and a marriage to minor nobility ended in divorce in 1970, where it was established in the law that transsexuals were not really their new gender – effectively throwing UK transsexuals under the metaphorical double-decker bus. She moved on to run a successful and trendy restaurant in London, then struggling with drug abuse and alcoholism, she lost entered poverty and obscurity in a remote corner of England. In later years she lent her voice to transgender issues, and legally was recognized as a woman in 2004. She was later made a Member of the British Empire at the Queen’s Honors in 2012 for her work for the transgender community.

There is a review of April’s autobiography at this link, but I also have collected several photographs of her on this page as well.

Ashley posing with Le Carrousel while on tour in 1959. Please click on the image below to view a high-resolution scan. 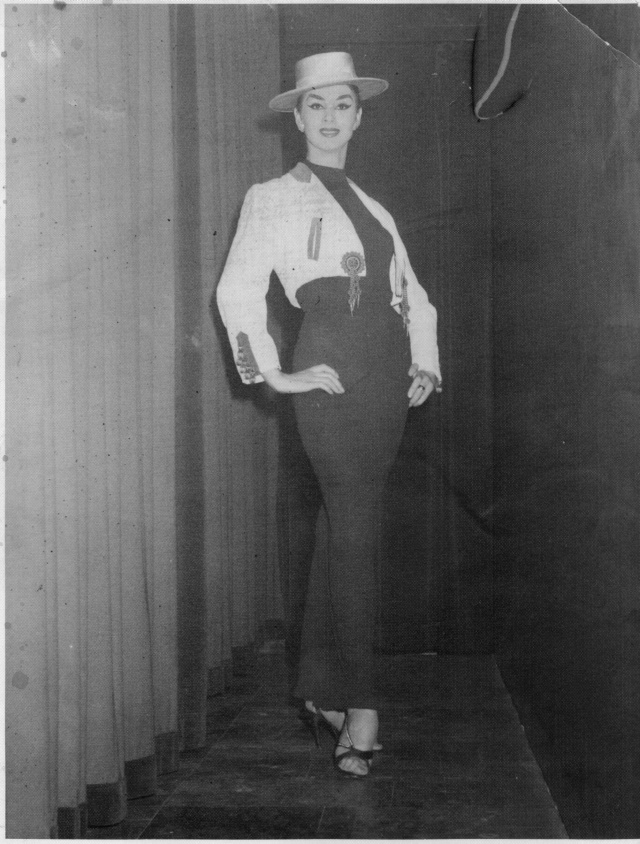 April Ashley and Kiki Moustic [Jacques Parret], 1960, in Rome. Ashley is on the right. 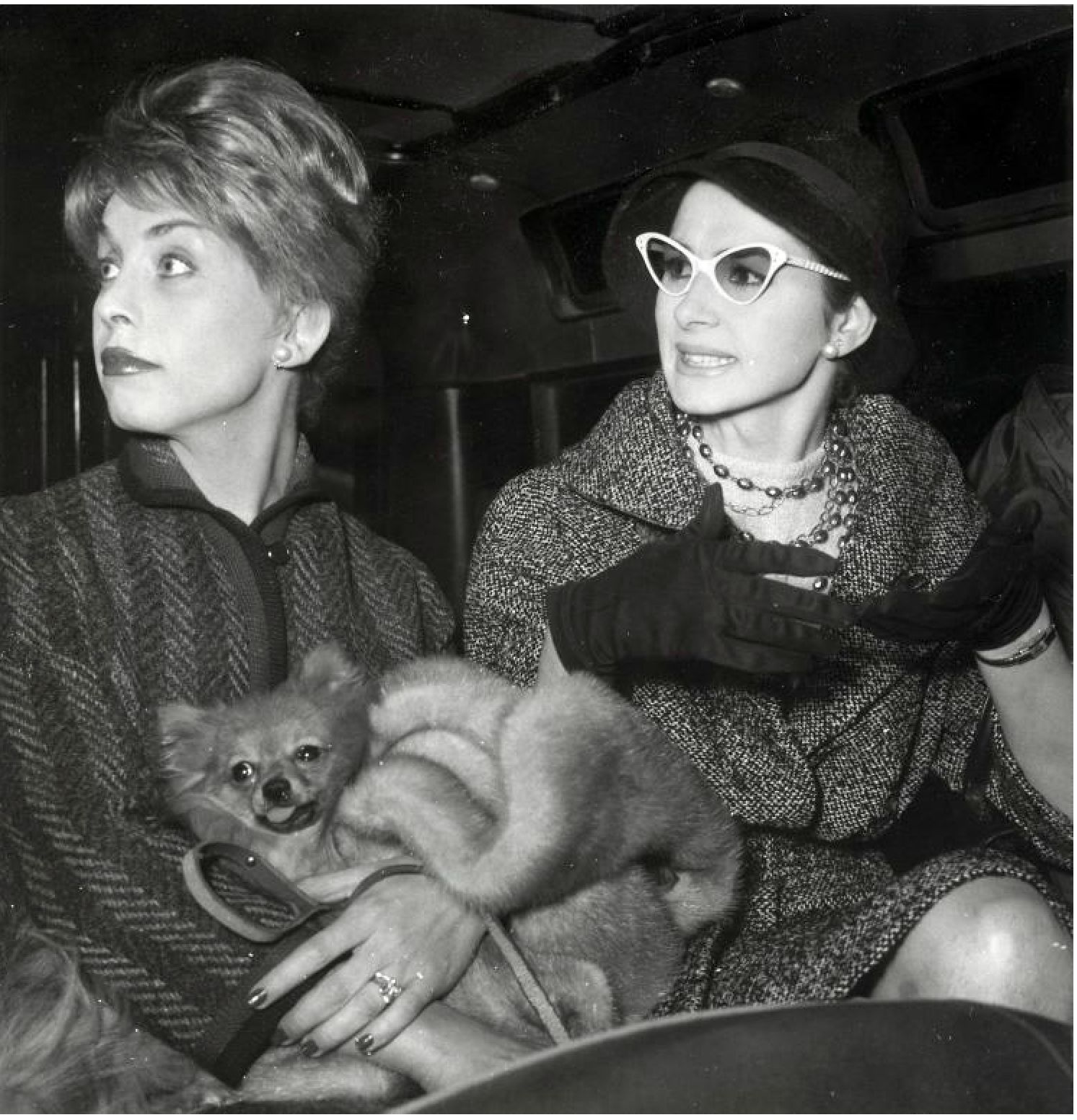 April Ashley, traveling with her mother Ada Jamieson at London Airport, May 11, 1962. Please click on the image below to view a high-resolution scan.

Ashley posing for a photo shoot in 1964. Please click on the image below to view a high-resolution scan. 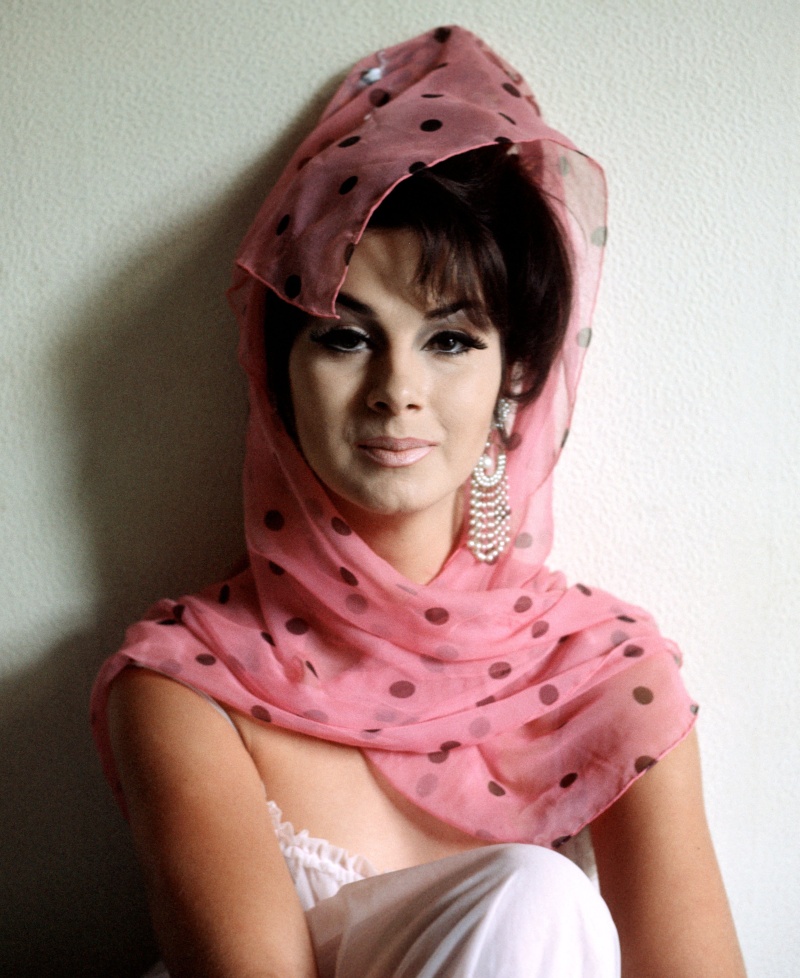 The following image is an original archival photograph from March 3, 1970, which shows April Ashley receiving a friendly kiss from a patron of her London restaurant, which she opened about the time of her disastrous divorce case, wherein a British judge ruled that transsexuals could not change their sex for the purpose of marriage. Her appeal of this decision, which failed, set precedent which suddenly denied every transsexual person in the United Kingdom a heterosexual marriage. You can view a full-sized scan of this photograph I purchased here.