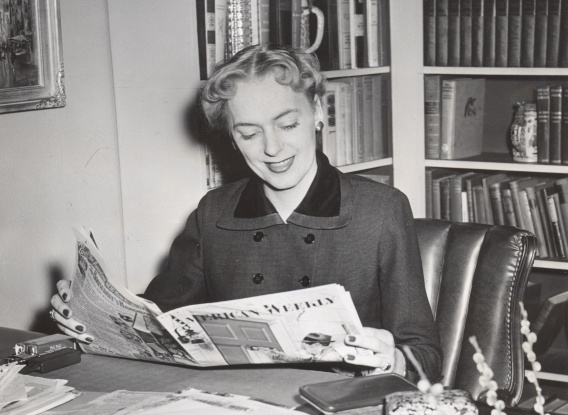 Christine Jorgensen’s story was introduced to most of the world via an autobiography which was published in the American Weekly magazine shortly after news broke of her sex reassignment surgery. We have purchased an original archival photograph of Jorgensen reading her own article in the Weekly, which has this caption on the reverse: “Preparing for a new life, in which publication of her color photographs will be the first task, Christine (nee George) Jorgensen reviews story[sic] of her life in American Weekly.” The date on the photograph is March 3, 1953, but there is reason to suspect it’s from later in the month. You can view and download a high-resolution scan of this photograph at this link here.