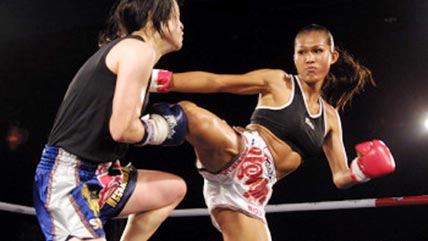 Finally complete, after months of research, is my 8-part series of the history, medicine, science, politics, and legal aspects of transgender and intersex persons participating in sports. Most importantly, I present several deconstructions and refutations of the usual arguments made by those who want to limit, restrict, or even ban transgender and intersex athletes.

The entire article is more than 14,000 words, and cites 35 references. I think it could be a useful one to throw out during online debates and discussions to shut down the arguments of the haters. I will list all of the sections of the article below, but it’s recommended that you read everything in order.

An executive summary of the findings comprises the following:

In short, only an extremely small risk to fair sports competition is entailed by the welcome inclusion of transgender and intersex athletes.

Part 1 – Introduction and Early History
Part 2 – The Cruelest Test
Part 3 – Post-Richards to the Stockholm Consensus
Part 4 – Current Events
Part 5 – Let’s Get Physical
Part 6 – Why, oh Why, Must it be This Way?
Part 7 – Are There Any Cases Where an Advantage Seems Possible?
Part 8 – Final Summary and References