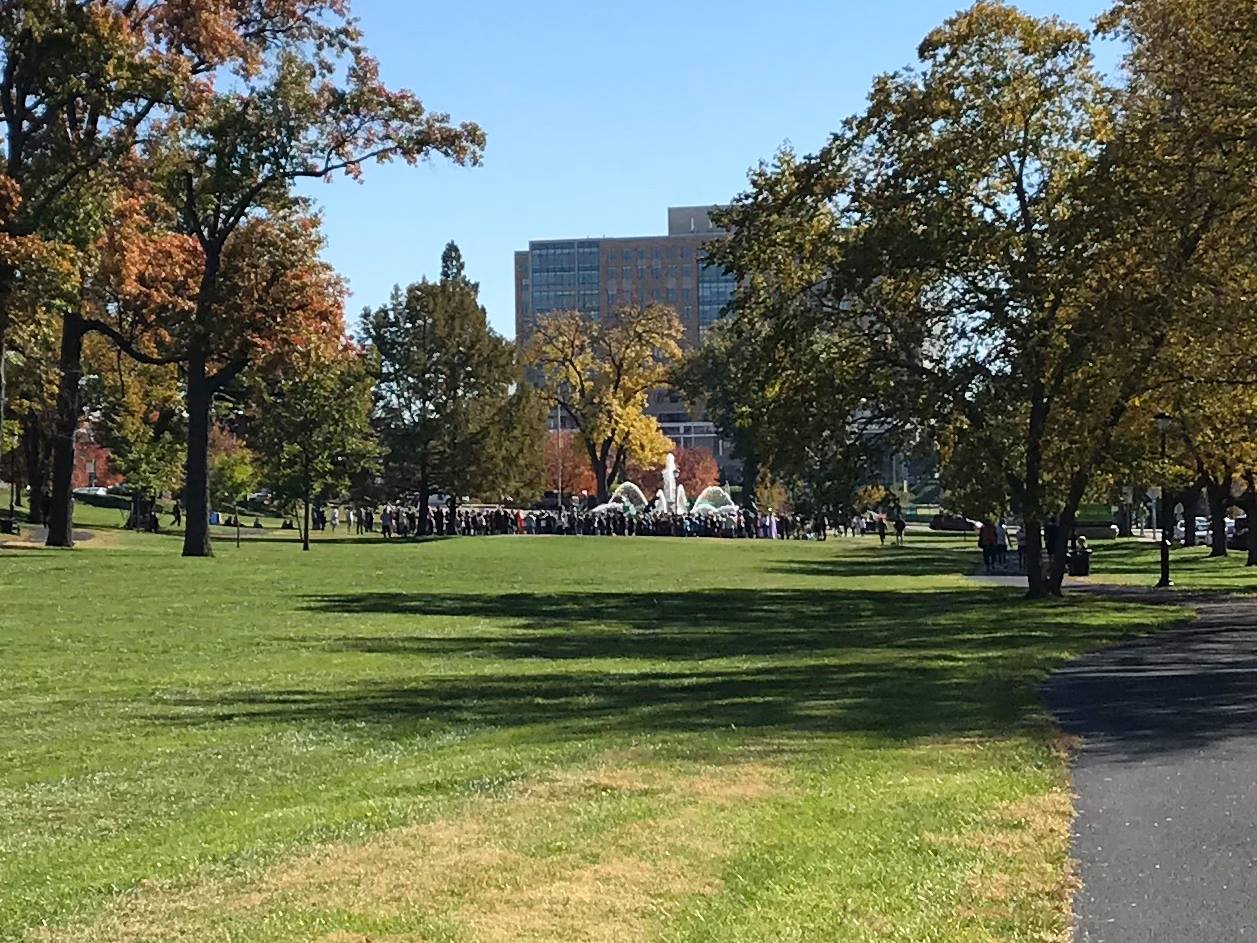 The Kansas City Demonstration for Transgender Rights was held from 2:00-3:30 last Saturday, October 27, at the J.C. Nichols fountain in Kansas City, Missouri. It was advertised widely on social media (Facebook, Twitter, etc.) and resulted in a tremendous turnout. I attended and spoke, and it was the largest transgender rally I’ve ever seen in 7 years in the Kansas City metropolitan area.

It was difficult to count the number of folks who were there, but three independent counts put the most likely number at between 300-350 persons. The photo above shows the size of the crowd from a distance (I’m using this photo deliberately because many people were afraid of being identified from video and photographs).

The KCMO police were informed and present, and kept a very respectful distance. All major media outlets were contacted. I was told by two impeccable sources that KCUR, Fox4, KCTV5, KMBC9, and The Kansas City Star were not only contacted, but said they would be sending reporters to cover the event. Prior to the event 96.5 The Buzz discussed the event on October 25 on the Mornings with Jordin Silver & Friends program. On the day of the event 90.1 KKFI Kansas City Community Radio not only interviewed Parker Liu, one of the event organizers, but devoted 10 minutes to discussing transgender erasure, and broadcast live music from the local trans punk rock band Evil Pillows, dedicated to those attending the event, on the Trans Talk radio show.

The demonstration was simply incredible. It was a perfect day, the crowd was enthused and respectful, the speakers were motivated and passionate and brought many different perspectives to the crowd, and there was a feeling of love and togetherness. It was the largest and best transgender rally I’ve attended in the four-state area.

But you wouldn’t know it, from the media blackout. By the end of the event, as the hugging and tears and cheers were over and folks walked back to their homes, the only media coverage before, during, and leading up to the event was from 96.5 The Buzz and 90.1 KKFI. The only media in attendance at the event in official capacity were several folks from KKFI, including Una Nowling, the President of KKFI who spoke during the event, and several members of the KKFI News & Public Affairs staff, who also recorded the entire event. We were told that Jordin and Hartzell from 96.5 The Buzz were proudly there showing solidarity and support, but we did not have the pleasure of meeting those great folks.

So why the media blackout? Why, suddenly, despite being informed of the event in advance and having told us they would be there, did the mainstream media of Kansas City abandon us? Scanning the websites of KCUR, FOX4, KCTV5, KMBC9, and The Kansas City Star, and others showed a large amount of local mundanity, some “barking dog” stories: one site had an update on the Salem witch trials (not exactly breaking news…spoiler alert, there were no witches), one talked about concern over a new Wendy’s and Pizza Hut being built (nothing gets page clicks like fast food, right?), and yet another devoted time to tell us why leaves change color (which was presumably news to anyone from a planet devoid of deciduous flora).

But not one word about the largest transgender rights rally in the area? Why not, exactly? Some speculate that several reporters were sent out to contact local Jewish organizations to comment on the shooting at the Tree of Life Synagogue in Pittsburgh that day – but clearly, given the significant amount of local reporting that was done by all organizations that day, there were more than enough reporters to go around.

Many leaders in the local LGBTQIA community have spoken with us, most of them privately, and all expressed significant concern at the silence over the rally. While few were ready to level charges of transphobia or a rise of hard right-wing influence or chilling effect upon the local media, all were baffled and disturbed by the media silence. I think all of us in the local LGBTQIA community should be reaching out to the mainstream media outlets, sending comments and e-mails, and asking why they didn’t show up to cover the event.

More details as they develop. 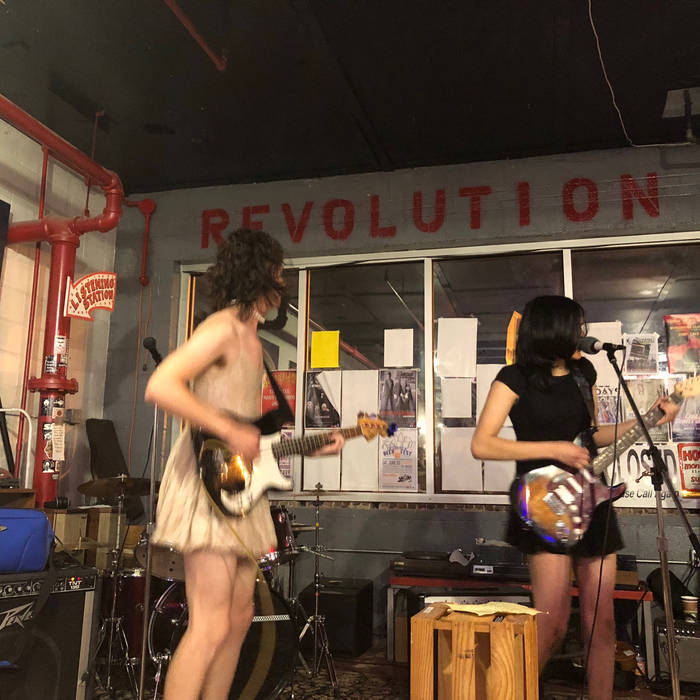 This month on Trans Talk, we will first interview Parker Liu who will give us some breaking news on the The Kansas City Demonstration for Transgender Rights, which will be held at 2:00 pm on Saturday, October 27th, at the J.C. Nichols fountain at the east side of the Country Club Plaza. See this public link for more information. Una from this very Trans Talk program will be one of the speakers at the event, so make sure you plan on attending!

Then we will have live music in the studio from the group Evil Pillows, an all trans punk rock band formed right here in Kansas City! They are going to play some songs to help give us some courage and empowerment over the airwaves, and then talk about their band, their inspirations, and their music. Bonus points out there if you guess the origin of their name without looking it up! Find out more information about the band at their Bandcamp link right here!

We will have a take on the transgender news of the month, which is going to be some of the most important news we’ve ever reported upon on Trans Talk, and then finish up the show with the community calendar update. I do hope you will be able to join us this Saturday, October 27th at 1:00 pm on 90.1 KKFI, Kansas City Community Radio! You can also stream the program live on kkfi.org, or via various apps on your phone. 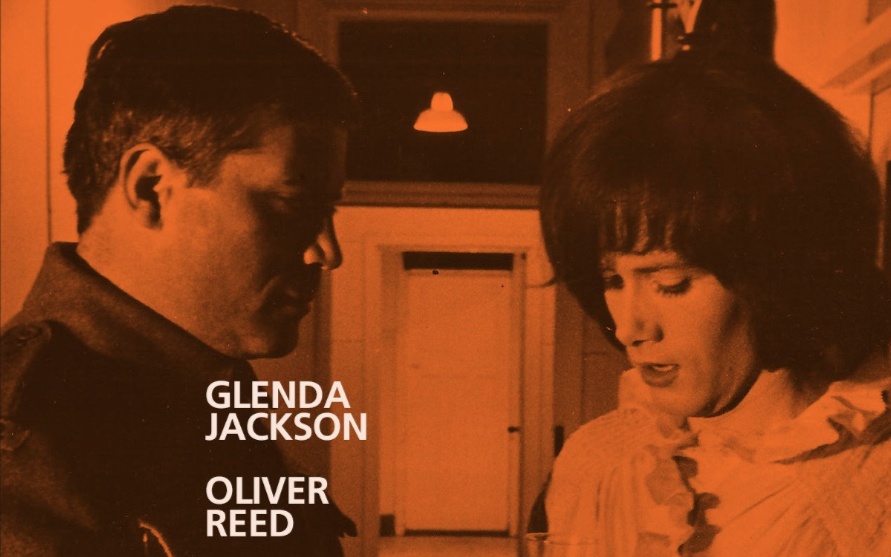 On its face, The Triple Echo could be seen as a straightforward WW2 drama involving a crossdressing soldier who is attempting to escape the horrors of service. However, after viewing it twice I have come to the conclusion that the film touches on more than mere situational crossdressing or forced feminization, but actually includes a portrayal of gender transition from two standpoints – that of the soldier, and of his lover. The film is reviewed in full at the link below, and part of a series of early transgender film reviews I’ve been working on. 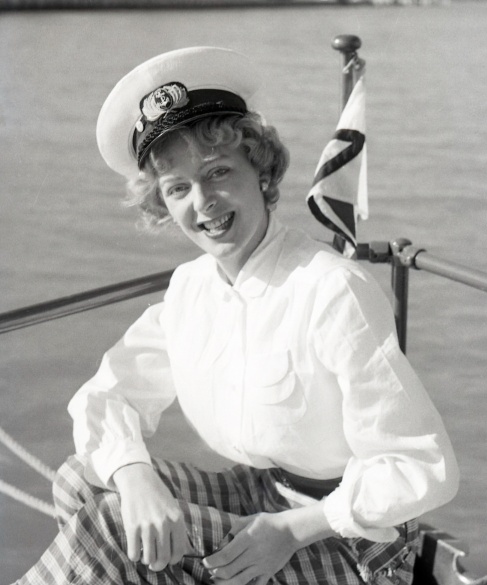 On January 5, 2018 I posted a scan of an autographed photograph of mine, showing Christine Jorgensen posing with an unknown gentleman named Frank. On August 3rd of 2018 I received mail from a gentleman named Richard Karras, who told me the following:

I found several photos of my father and a woman I believed to be Christine Jorgensen on a fishing boat in March 1954 in Florida. To see if it was really her I did a search and found the Transas City article on her and was surprised to see a photo from that same trip. It was the autographed photo with “Frank”. I thought you might be interested so I am attaching a quick snapshot of the photos.

And indeed he not only sent me snapshots, he worked hard to scan the box of photographs. As far as I know, these incredibly rare photographs of Christine Jorgensen have not been presented anywhere else online, and might never be found outside of Mr. Karras’ collection inherited from his father Ted.

Mr. Karras has sent me the scans to share freely and unaltered with the public for preserving an important piece of history, and thus you can find the entire collection of 13 unique photographs at this link, complete with high-resolution scans. And our many thanks to Mr. Karras and his father Ted!

I received an email with information on an exciting opportunity for LGBTQ+ youth and their allies.  I’m quoting the whole of the email below to give everyone the full information they need to register.

Kansas City Repertory Theatre is proud to host
The Future Perfect Project Workshop
Sunday, October 21, 2018
Noon to 5 pm
In Rehearsal Hall —  Room 119
Olson Performing Arts Center
Located on the UMKC campus
This is a free creative workshop for high school and early college-aged youth.
The workshop team is led by the writer of the film Trevor which won an Academy Award and inspired the founding of the nationally renowned Trevor Project.
To learn more about this terrific opportunity, please visit https://www.thefutureperfectproject.com/
Please RSVP to the contacts below.
For many queer youth, finding a safe space is an ordeal.   Even in today’s seemingly progressive world, LGBTQ+ youth are often dismissed, bullied, and cornered into making a life for themselves on the sidelines.  As a young person, you can see into the future.  You can see a world more in-line with the values of your generation, which is perhaps too difficult for older generations to perceive right away.  Thus, we have a gap.   Through autobiographical live performance, and more specifically live music, we are able to express that vision back to our community wholeheartedly and begin to close that gap.  We believe that queer & alternative youth hold the creative keys to closing that gap, and we invite you all to join us in a storytelling & songwriting workshop to learn more ways of expressing your vision out to your community.
The workshop provides young people with prompts and ideas to further your reflection on LGBTQ+ life and on topics you want to address head-on. You will be offered the tools to transform your reflections into creative expression, and ultimately into a collaborative songwriting exercise. The workshop succeeds in creating pathways for self-discovery, not only for each of you, but also within the larger world in which you function.
Join us and  share, support and create.  Share your voices with each other and beyond.
No need to be a performer, although – if you are, that’s great! All input is valued and writing is as powerful as the songs we will create.  Your thoughts and experiences are what will propel us into the heart of the workshop.
Please RSVP KCRep by emailing Melinda at mccrarym@kcrep.org  or Lydia at fuqual@kcrep.org   and we will save a spot for you.

Just a quick reminder that tomorrow Tuesday 9th October at 6 pm will be the Kansas City event for the Ten Days of Trans Demands.  It will be at Kansas City United Church of Christ, 205 W 65th St, Kansas City, Missouri 64113, and there will be many speakers on being an ally and an advocate in the workplace.  For more details, see the Facebook event – https://www.facebook.com/events/250229949013821/