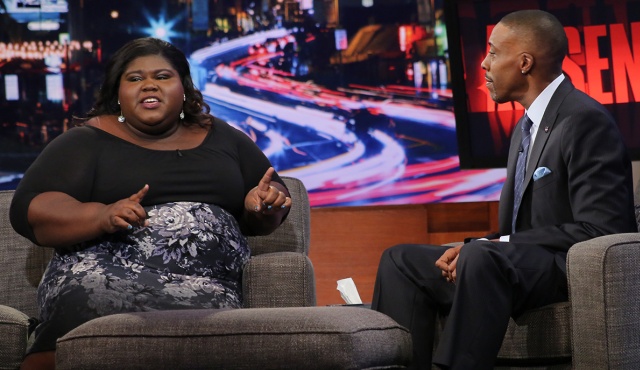 It’s fun to make fun of the trannies…

Come sit around, children, while I tell a story of three cases of discrimination against transgender people in the news. Yes, Susie, I know you’ve heard similar stories before. No, Timmy, I’m not going to stop telling these stories until people stop doing evil to my sisters and brothers.

Let’s start with B-list (arguably, C-list) actress Gabourey Sidibe, who is doing the “oh crap, I shot my mouth off again and now I need to cover or else I’ll be consigned to the dinner-theatre circuit” backpedal. Sidibe, who as a woman of color ought to be familiar with haters going after her community, decided that the Arsenio Hall show was where she was going to plant her flag making fun of the transgender community. Because discrimination, something she has said many times in interviews that she has been subjected to all her life, is really fun if you can practice it towards others…wait, what?

“There was a bar that we would frequent and every time we’d go, when we were leaving every single time there was always like a gang of cops arresting trannies,” she said on the talk show. “Specifically trannies. And I don’t know what goes on with trannies but that tranny on tranny crime needs to stop!” … “It is tearing our nation apart!” she said to an audience and host Arsenio Hall laughing.

Hall for his part never raised one peep of protest, which isn’t surprising since he is not exactly popular, and he didn’t kowtow to his guests then he would likely be stuck interviewing people like Dan Crevice, the man with the world’s fourth-largest turnip. So it would be far too much of a stretch to expect a moral backbone in Hall.
So the moral of this story kids, is we “trannies,” to use the vernacular, are always worth a cheap laugh. 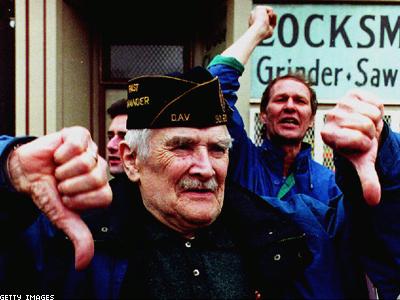 St. Patrick’s Day…it’s not about pride after all?

“We don’t know who’s gay in the parade, and we don’t ban gay people. We ban gay demonstrations, people that are sending out the wrong messages, messages that we don’t agree with,” parade organizer Philip Wuschke told the Boston Globe. “It’s not that type of parade. They have their own parade. Ours is a day of celebration, not demonstration.”

What’s funny is that the St. Patrick’s Day parade was originally developed as a celebration of not just Irish pride but also Evacuation Day, commemorating a victory over the British forces in the Revolutionary War. Furthermore, the Boston St. Patrick’s Day parade has allowed people dressed as Imperial Stormtroopers from Star Wars to march in their parade…just not anyone openly showing LGBT pride.

Lena Kilmova – fighting for our rights in Russia.

Finally, we arrive at the recently scary and threatening world of Russia – at least if you are LGBT – where Russian journalist Lena Kilmova has been accused of violating the nation’s anti-LGBT law against “propaganda of nontraditional sexual relations” by establishing a group on Facebook and other social media called “Children-404.” “Children-404,” named for the message your web browser gives you when a site doesn’t exist, is a collection of stories posted by transgender and gay teens who have been subjected to discrimination under Russia’s laws. If found guilty after her court appearance, Kilmova risks a fine of $2,800 and being forced to shut her website down. This action follows a recent use of this law, where a newspaper editor was fined $1,400 for running a news story about a geography teacher who was fired for being gay.